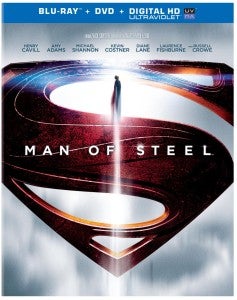 , director Zack Snyder's Superman reboot which has turned out to be one of the most divisive comic book movies ever made, will come to home video on November 12.

The film, which will be available digitally via streaming services as well as on-demand cable and satellite services, will be released to Blu-ray 3D Combo Pack, Blu-ray Combo Pack, DVD 2-disc Special Edition and a 3D Limited Collector’s Edition and Digital Download from Warner Bros. Home Entertainment.

You'll notice that in the official language contained below, there's a lot of talk about the "theatrical version" of the film, but no talk here of an extended or director's cut. Could it be that, like The Hobbit before it, Man of Steel will get a second home video release to accommodate an expanded version of the movie? ComicBook.com has reached out to Warner Bros. Home Video for comment and will update this story if we get a straight answer. 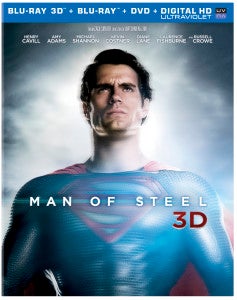 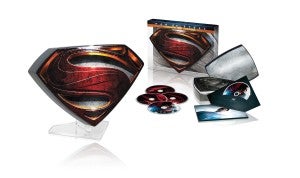 ·Journey of Discovery: Creating “Man of Steel” – This immersive feature-length experience allows you to watch the movie with director Zack Snyder and stars Henry Cavill, Amy Adams, Diane Lane and others as they share the incredible journey to re-imagine Superman. ·Strong Characters, Legendary Roles – Explore the legendary characters of the Superman mythology and how they have evolved in this new iteration of the Superman story. ·All-Out Action – Go inside the intense training regimen that sculpted Henry Cavill into the Man of Steel and Michael Shannon and Antje Traue into his Kyptonian nemeses.  Includes interviews with cast and crew. ·Krypton Decoded – Dylan Sprayberry (Clark Kent, age 13) gives the lowdown on all the amazing Krypton tech, weapons and spaceships featured in “Man of Steel.” ·Planet Krypton – The world’s first exploration of Krypton and its lost society.