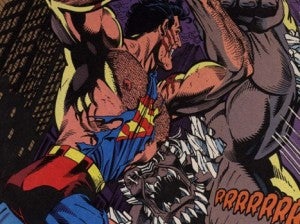 As part of a new on-camera interview for Empire magazine (embedded below), Man of Steel star Henry Cavill listed a few of his favorite Superman titles, three of which we've known all along were used for research (The Death and Return of Superman, and Red Son), and a Superman/Batman story (The Search for Kryptonite) for good measure.

And while he had kind words for these and other stories that come from the DC Comics source material, he singled out the Death of Superman/Funeral For a Friend and The Return of Superman stories for special praise as something that communicated to Cavill what makes the character special.

"The Death of Superman is the first of my favorite comic books and in that, you get to see what the character is willing to do and willing to sacrifice as far as the greater good is concerned and to protect those he cares about and the human race," said Cavill. "Then we see in The Return of Superman the various ways Superman is perceived by the outside world. And all these characters that are faux-Supermen, they tick all the boxes, they fill all the criteria that one would imagine Superman needs or what Superman is made up of, yet not any one of them is Superman. There's a very special thing...that essence is missing. And when [Superman] does return, it's screamingly obvious, even though he's almost unrecognizable." 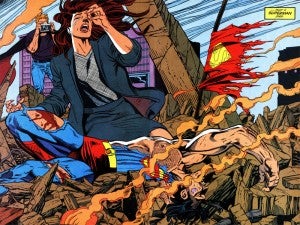 He also discussed that in addition to Superman's own individual character, one of the things he got out of the stories is the significance of the character as emblematic of those traits to the world.

"From that is what I drew from, those different things, the perception mankind has of this character rather it be feared, hailed, respected, whatever the case and then find this figure coming back and wanting none of these things but [those traits] still being dominant somehow," Cavill added.

Man of Steel Star Cavill Praises The Death of Superman