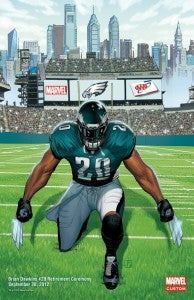 With DC Comics's zero month wrapping up this week, much of the news and discussion has predictably centered around what aspects of their year-old relaunch strategy have worked and which have not--but along the way, there was plenty more going on. The Walking Dead's Robert Kirkman settled a lawsuit with his former collaborator Tony Moore which might have thrown the rights to the massively successful comics and TV franchise into question for years had it gone to court. Alan Moore announced a new series at his first comic book convention appearance in years, and then dove right into the controversy deep end by using that same convention appearance as an opportunity to blast Stan Lee, Rob Liefeld and even to say some not-so-nice things about H.P. Lovecraft, whose work his new book adapts.

All this and much more...

Last week around this time, the comics community was wondering what had prompted legendary writer/editor Stan Lee to cancel a number of public appearances, something that his represenatives chalked up to the generic explanation that it was a "serious circumstance." Almost immediately, people began to worry about, and speculate about, the health of the 89-year-old creator, and shortly after we told fans to take a breath and not worry until we had something to worry about, so did Stan's convention, the Comikaze Expo. Eventually, it came out that Lee had pacemaker surgery, but was doing fine. 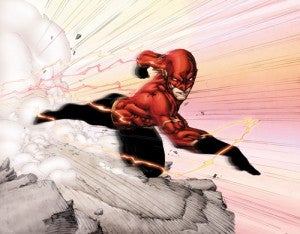 Teen Titans artist Brett Booth announced that he will be leaving the title soon, and will work on another, as-yet-unidentified DC title. Meanwhile, Marvel icon Brian Michael Bendis, who had already left The Avengers family of titles, received a plaque from Marvel that showed us exactly when they considered his tenure to have ended.

Both Batman and former Robin Tim Drake, meanwhile, had minor tweaks to their origins in their respective zero issues, leading us to wonder exactly how thought-out the whole New 52 really was. Those concerns were arguably bolstered somewhat by the news that Ted Kord (and possibly Wally West) would make his return to the new DC multiverse in spite of having "never existed."

Dan Jurgens shared with us some insight into that world, when he discussed taking over the reins of The Fury of Firestorm the Nuclear Men, a book he'll be writing and drawing starting next month and which will feature a kind of resetting of the status quo.

We also spoke to Matt Wagner, about his new book The Tower Chronicles for Legendary Comics, a 12-part series that began this week.

Batman writer Scott Snyder, rumored to be working on a Man of Steel comic for next year with artist Jim Lee, took to Twitter to share a list of his favorite Superman stories.

We also learned that in recognition of Arrow's October 10 premiere on The CW, the series will take over comic shops on "Arrow Day," with free comics and other swag being given away at direct market retailers around the U.S.

And we got some cool bits from high-profile comic book fans George R. R. Martin (who created Game of Thrones) and Brian Dawkins, the retiring Philadelphia Eagles safety.

Man of Steel, The Walking Dead and More: This Week's Comic News