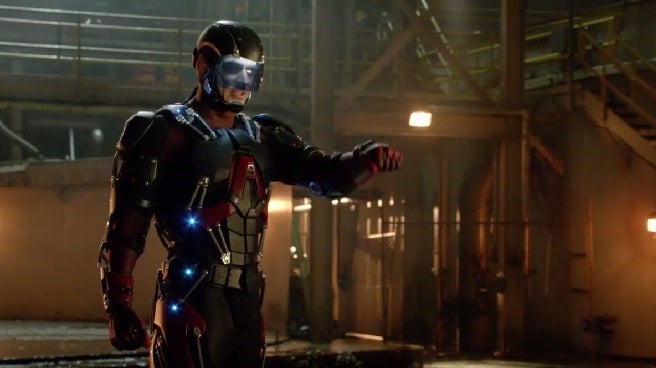 Arguably the biggest creative success, and definitely the biggest ratings success, of this season of Arrow took place when The CW pitted Oliver Queen against The Flash in a fight that saw the seemingly outmatched archer find a way to prevail against one of DC's flagship Justice Leaguers.

Looks like it's about that time again, as recent trailers for Arrow tease a battle between the title hero and The Atom, better known as Ray Palmer.

The fight will happen on this week's episode, titled "Suicidal Tendencies," and series executive producer Marc Guggenheim says in a new featurette for the episode that it's "an epic, epic battle between Ray Palmer and Oliver Queen."

Nothing says honeymoon quite like a mission with the Suicide Squad. EP @mguggenheim talks Wednesday's new #Arrow! https://t.co/i19q9T3QYH

Arrow airs Wednesday night at 8 p.m. ET/PT on The CW.

Marc Guggeheim Says Arrow Vs. The Atom Is An Epic, Epic Battle