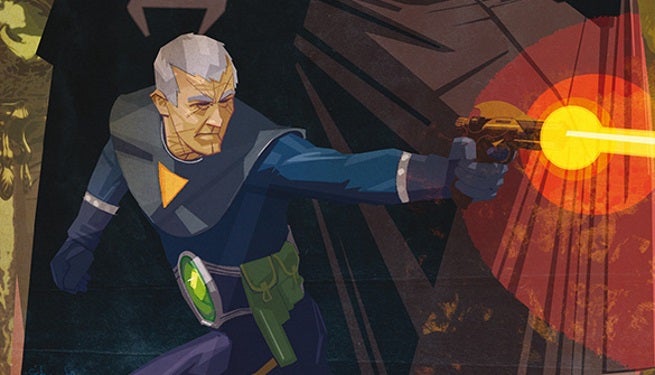 Starlight, the Image Comics series from Kick-Ass writer Mark Millar and artist Goran Parlov, will be adapted for the screen by Gary Whitta, one of the writers tasked with scripting a Star Wars spinoff, according to The Hollywood Reporter.

The film, of course, was optioned before the series ever started, with Fox getting the rights in late 2013 and the first issue of Starlight hitting shelves in March. Starlight has gone on to be one of Millar's best-reviewed series in years, in no small part because it operates outside of Millar's expected comfort zone.

An adventure/sci-fi tale reminiscent of Flash Gordon and John Carter, Starlight centers on a space hero who saved the universe 35 years ago but came back to Earth, where no one believed his fantastic stories. He settled down, got married, had kids and got old, but then is called back for one last adventure when his old rocket shows up.

Starlight follows Millar's Wanted, Kick-Ass 1&2, Kingsman: The Secret Service, Superior and Nemesis into development. Millar also currently works with Fox to develop films based on the Marvel Comics properties they own, including X-Men, Deadpool and Fantastic Four.

Star Wars, X-Men and Fantastic Four writer/producer Simon Kinberg, who has previously worked with Millar on an adaptation of Kindergarten Heroes, will reunite with the writer on this project.