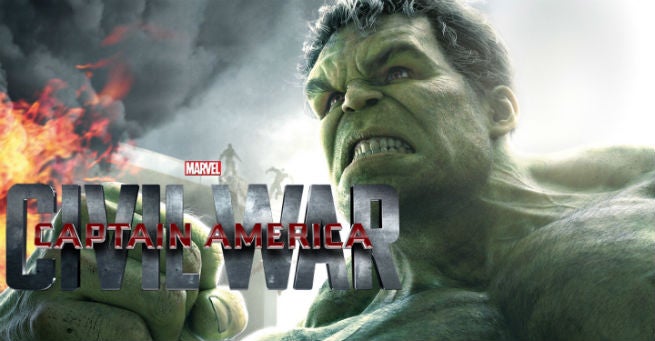 Mark Ruffalo has four more movies left on his Marvel Studios contract -- and his character may play a role in Captain America: Civil War, according to a new Collider interview with the actor.

"I think it's four now, but that could always go further and that could include I could show up in another character's movie, I coudl do Avengers 3 and 4, I could do a Hulk standalone -- anything. Up to four or five," Ruffalo said.

"I don't know that I'm in it yet," he said of Civil War, "but sometimes these things happen at the last minute in this world. I really don't know where I fit in from here on out, and I'm not sure they do. In terms of a stand-alone Hulk movie, Marvel doesn't really have the rights to that yet; that's still Universal's property. So there's that issue. That's a big impediment to moving forward with that. I don't think that's insurmountable, but I don't know where it's going from here for me. I hope that I'm still around; I hope that when I take off in the Quinjet, I'm not taking off into the sunset, but it can't be. It's such a perfect cliffhanger."

Addressing rumors that the original script had Banner going into space, Ruffalo said that he hasn't heard anything of the sort -- yet.

"It's totally ambiguous. I don't think [Marvel Studios] really knows," Ruffalo said. "He could be anywhere; we don't know where he's going. It doesn't look like he's going into space; I don't see any atmosphere around him."

He added that when the Planet Hulk storyline happened in the comics, Hulk appears able to breathe in space.