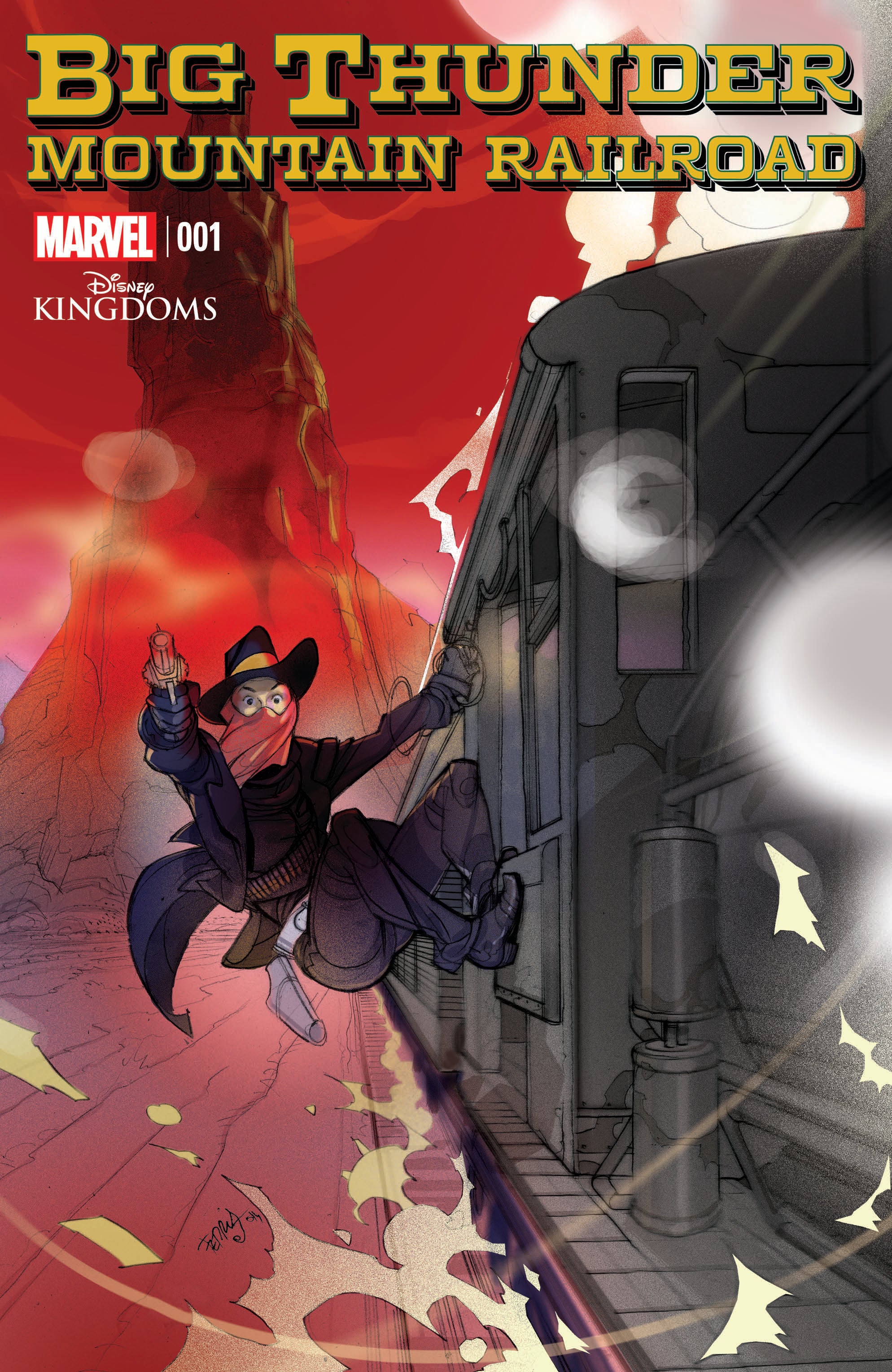 Marvel Comics has revealed the cover to "Big Thunder Mountain Railroad #1," the next installment in the publisher’s Disney Kingdoms series.

The image, illustrated by Pasqual Ferry, shows the series’ main character, Abigail, hitching a ride on the railroad’s train. Written by Dennis Hopeless and illustrated by Tigh Walker, "Big Thunder Main Railroad" follows a dangerous gold-mining expedition out in the wild west. As the the mine’s owner, Barnabas West, tries to reap the mountain’s rewards with minimal collateral, he must also defend his riches from a masked bandit, who unbeknownst to him, is actually his daughter, Abigail.

"Big Thunder Mountain," a five-issue limited series, is Marvel’s latest installment in the Disney Kingdoms imprint, which takes Disney Parks rides and attractions, and then reimagines them as comic book stories. Marvel and Disney's past efforts have included a Figment and Seeker of the Weird series.