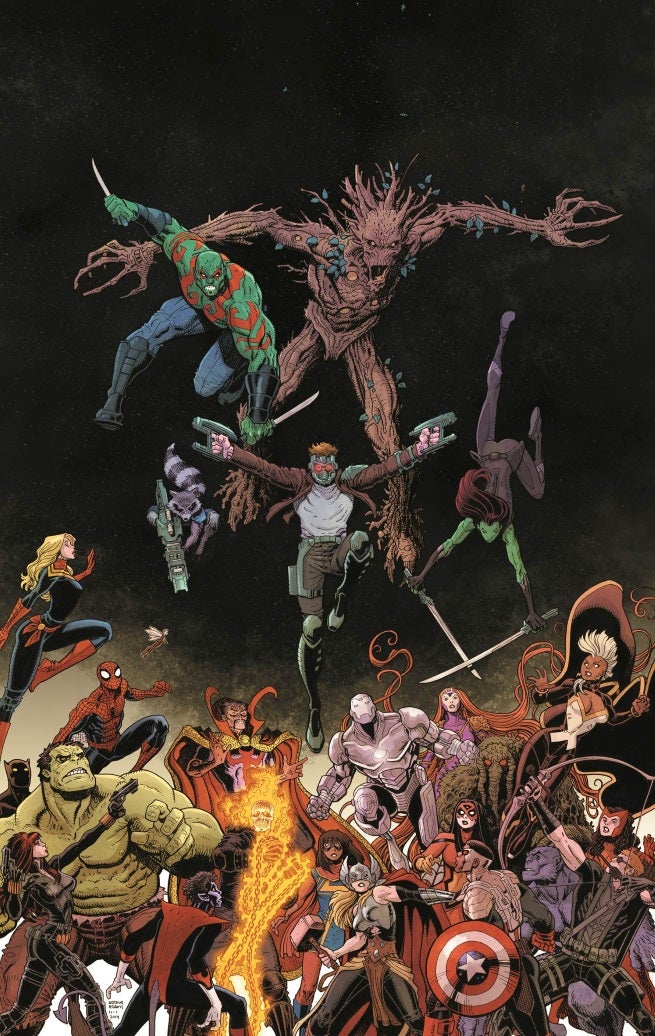 "Part of my uber-plan was to have the Guardians be more a part of the Marvel Universe and not off doing their own thing," Bendis says.

The series will kick off with a two-part story, drawn by Arthur Adams, which has the Guardians crossing paths with the Avengers. Bendis also teases the return of a “fantastic” villain who hasn’t been seen in some time.

"These aren't just fun adventures," Bendis says. "These are going to be stories that matter to the team and matter to the cosmic landscape in general."

"I get to work with my heroes and up-and-comers," he says. "There's literally no downside to a project like that."

Guardians of the Galaxy Team-Up #1 will hit store shelves in February.