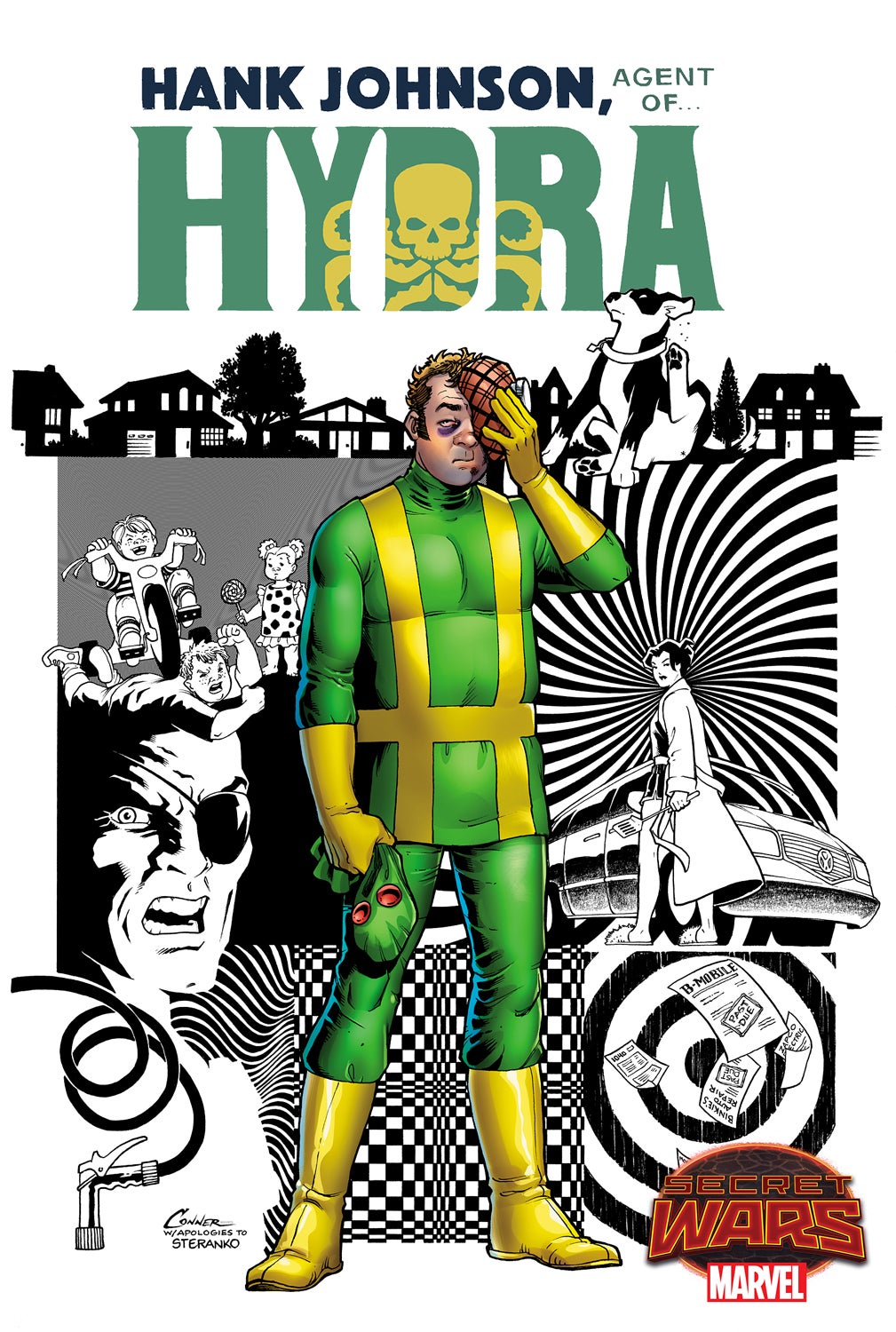 Get ready for Hank Johnson, the Marvel Universe’s greatest nobody. During the Chicago Comic and Entertainment Expo today, Marvel Comics has announced Hank Johnson, Agent of Hydra #1, an upcoming Secret Wars One-Shot.

If you’ve never heard of Hank Johnson, you’re not alone. Hank, a lowly Hydra agent, headlines the comedic look at Secret Wars’Earth-shattering insanity. In the one-shot, Hank must navigate through the perilous dangers of picking up his kids from school, reporting to Hydra’s HR department, and longing for a more meaningful life. But hey, since Secret Wars is kind of re-writing all of existence, maybe he’ll get his wish. Delivering the civilian shenanigans are former Curb Your Enthusiasm executive producer David Mandel on writing duties, and illustrator Michael Walsh on art. 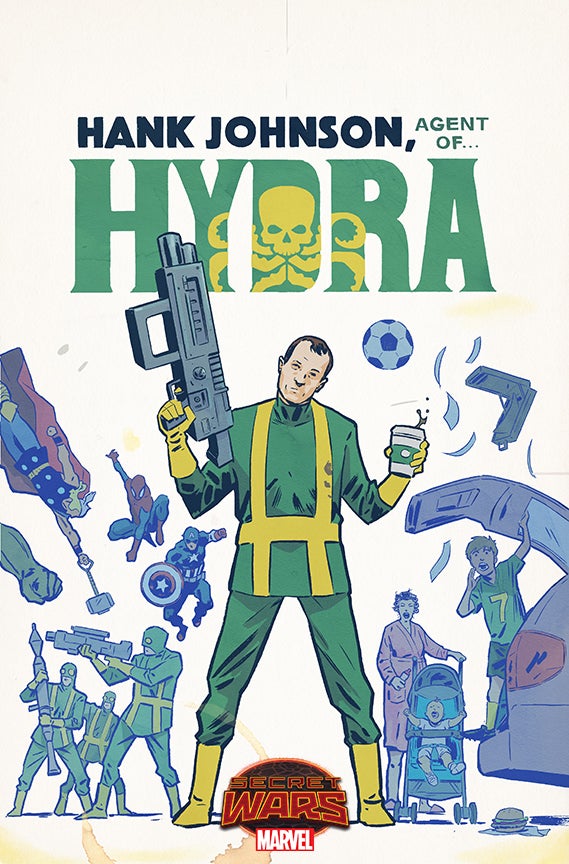