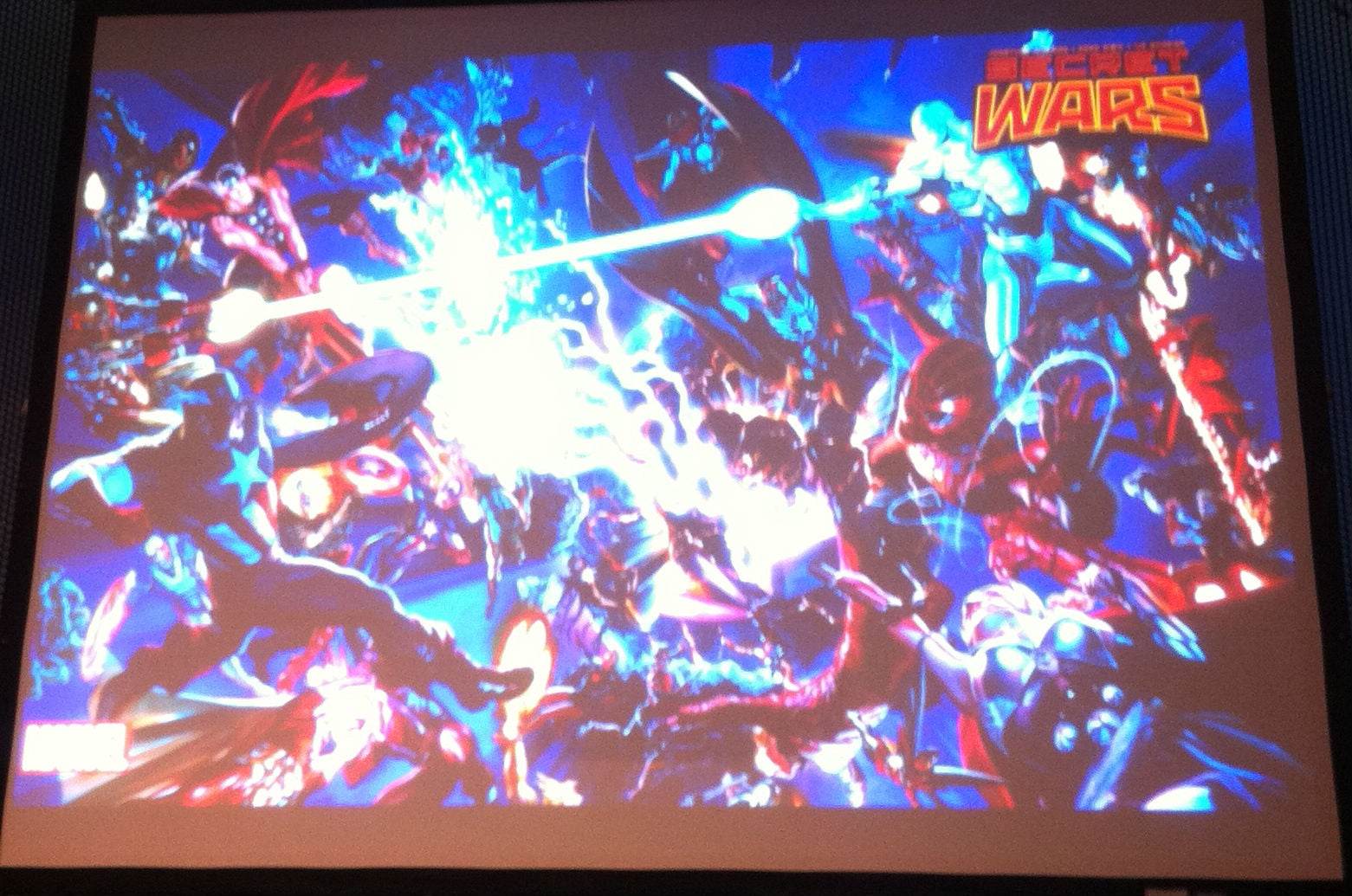 The series, which will launch in May 2015, will see a cosmic battle of massive scale engulf the Marvel Universe, playing on the name and high concept of the beloved '80s miniseries that stands as a standard for Marvel Comics events to this day.

"We were saying, how do you push [our characters] forward?" Asked Marvel's Dan Buckley. "How do you celebrate these things and get people excited again? So we kind of looked backwards."

Saying that they hoped to take the successes of the Avengers NOW! initiative, which reimagines Marvel's classic characters in surprising new ways, beyond the confines of the published comics, Buckley unveiled the cover of 1984's Secret Wars #1.

"We said, you know -- this worked out pretty well for us a long time ago," Buckley said, to laughs. "And not only did we look at it from a business standpoint, but there was a very exciting creator who came to us with this story four or five years ago and said, 'I want to tell this story in a different way.'"

The original Secret Wars ran from May 1984 to April 1985 and instigated a toy line that remains a fan favorite. 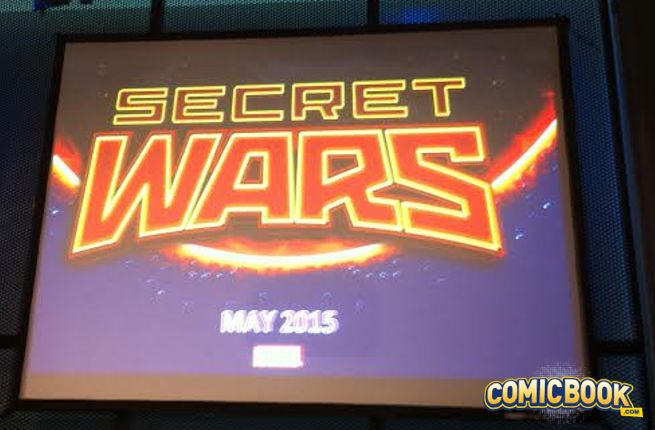 The original series was written by Jim Shooter with art by Mike Zeck and Bob Layton. The reimagined Secret Wars is born out of Hickman's epic, mythology-driven Avengers run and has, according to Buckley, been in active development for years. 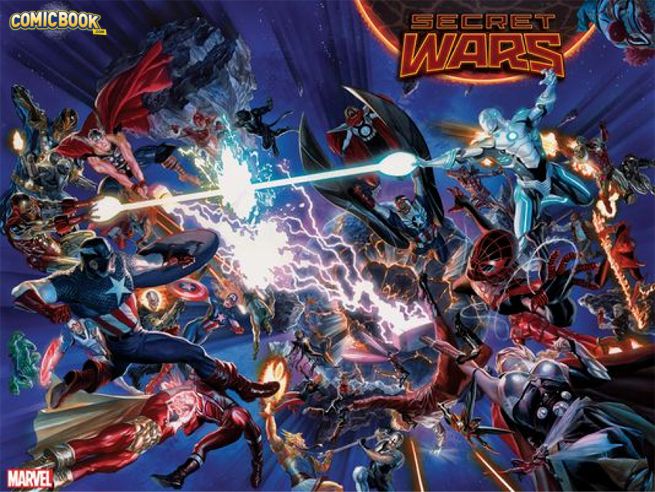 Ahead of tonight's announcement, which also touched on the licensing potential of the Secret Wars brand, Marvel touted the event as their biggest announcement of 2014.