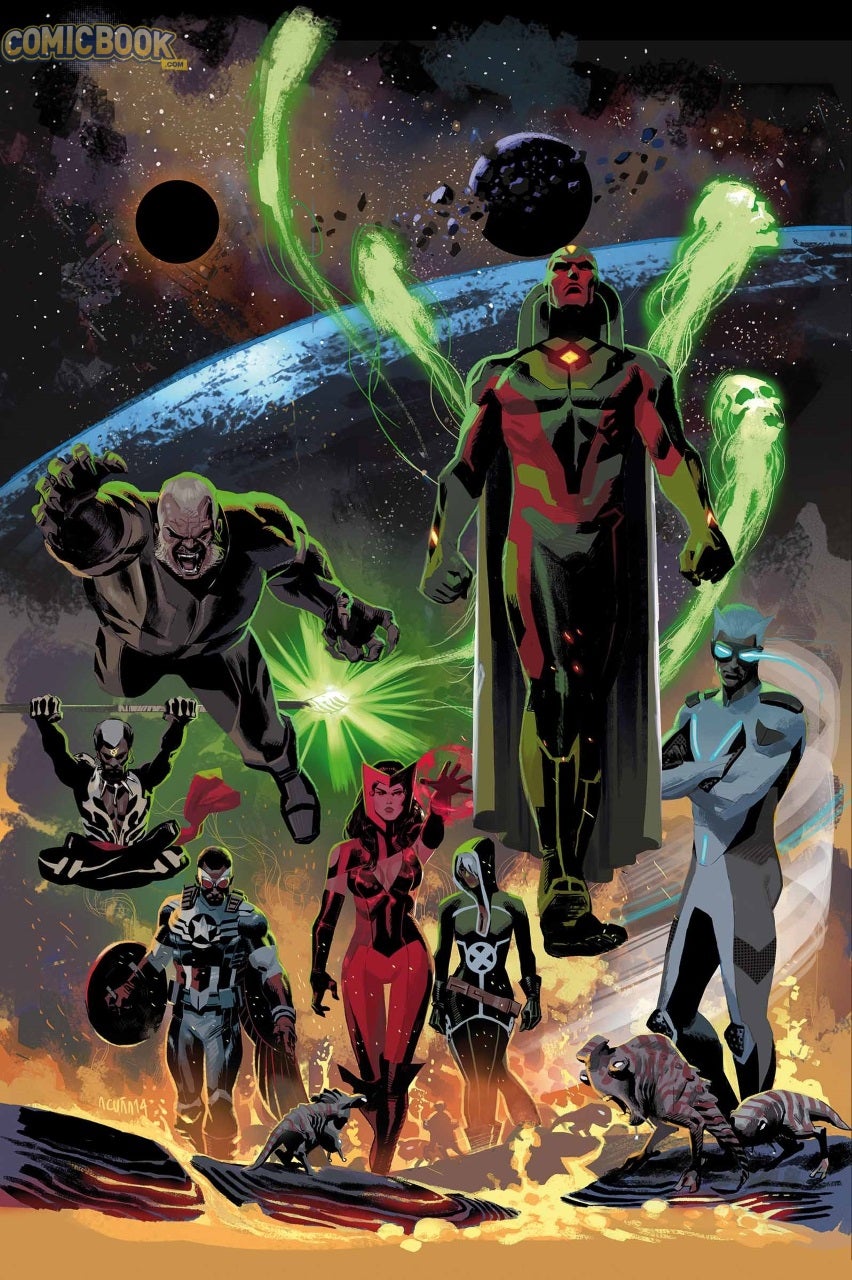 Marvel Comics has provided ComicBook.com with an exclusive first look at the covers for the post-AXIS relaunch of Uncanny Avengers, showing off the Avengers Unity Squad’s new lineup.

The creative team of Rick Remender and Daniel Acuna return to the relaunched title, as do veteran Unity Squad members Rogue and the Scarlet Witch. New members include Scarlet Witch’s brother, Quicksilver, and her estranged husband, the Vision, former Sorcerer Supreme Brother Vodoo, the former Falcon and new Captain America, Sam Wilson, and Sabretooth, who is presumably still inverted following the events of AXIS.

This new Uncanny Avengers series is what Marvel was teasing with their “No More Mutants” teaser at New York Comic Con, which is offered as a variant cover for the issues. There's also a variant by Gabrielle Dell'Otto, and both can be seen below. 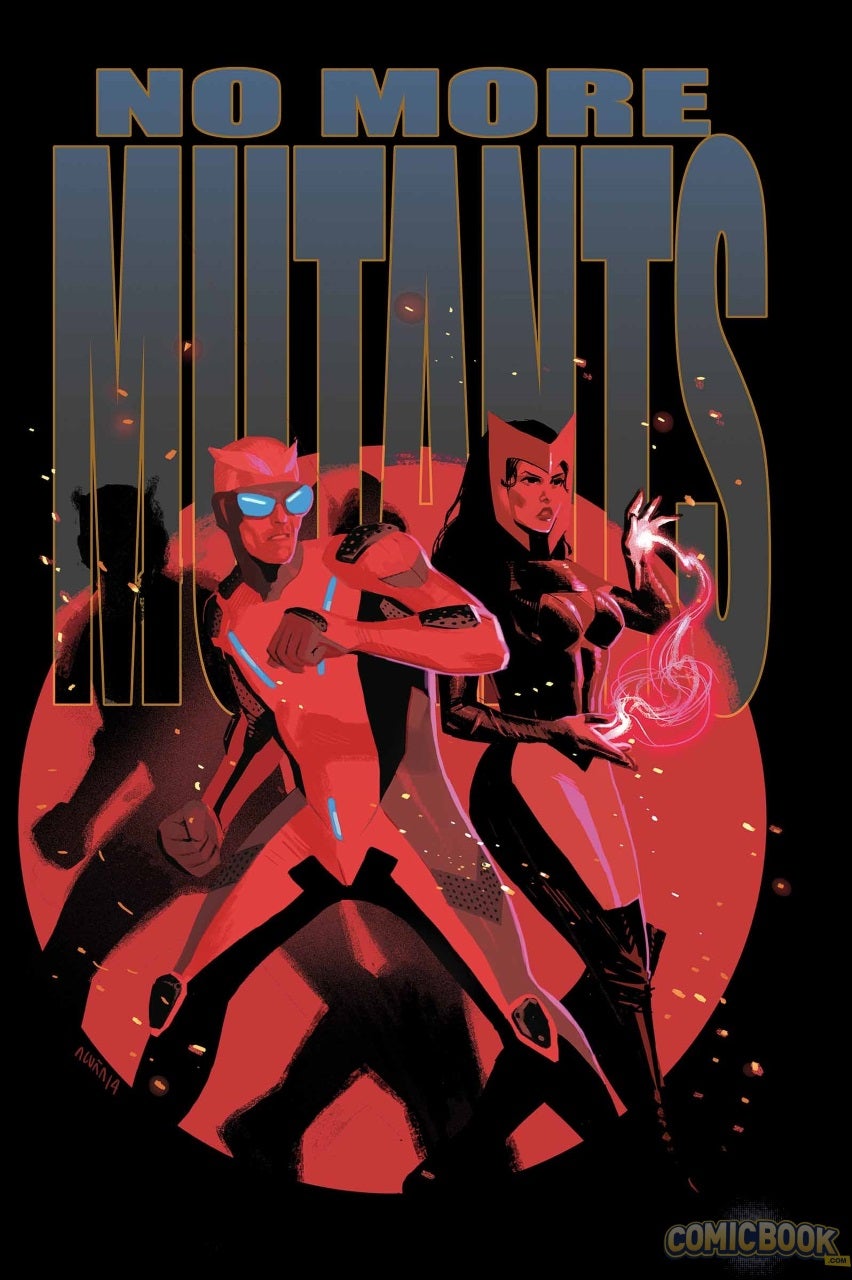 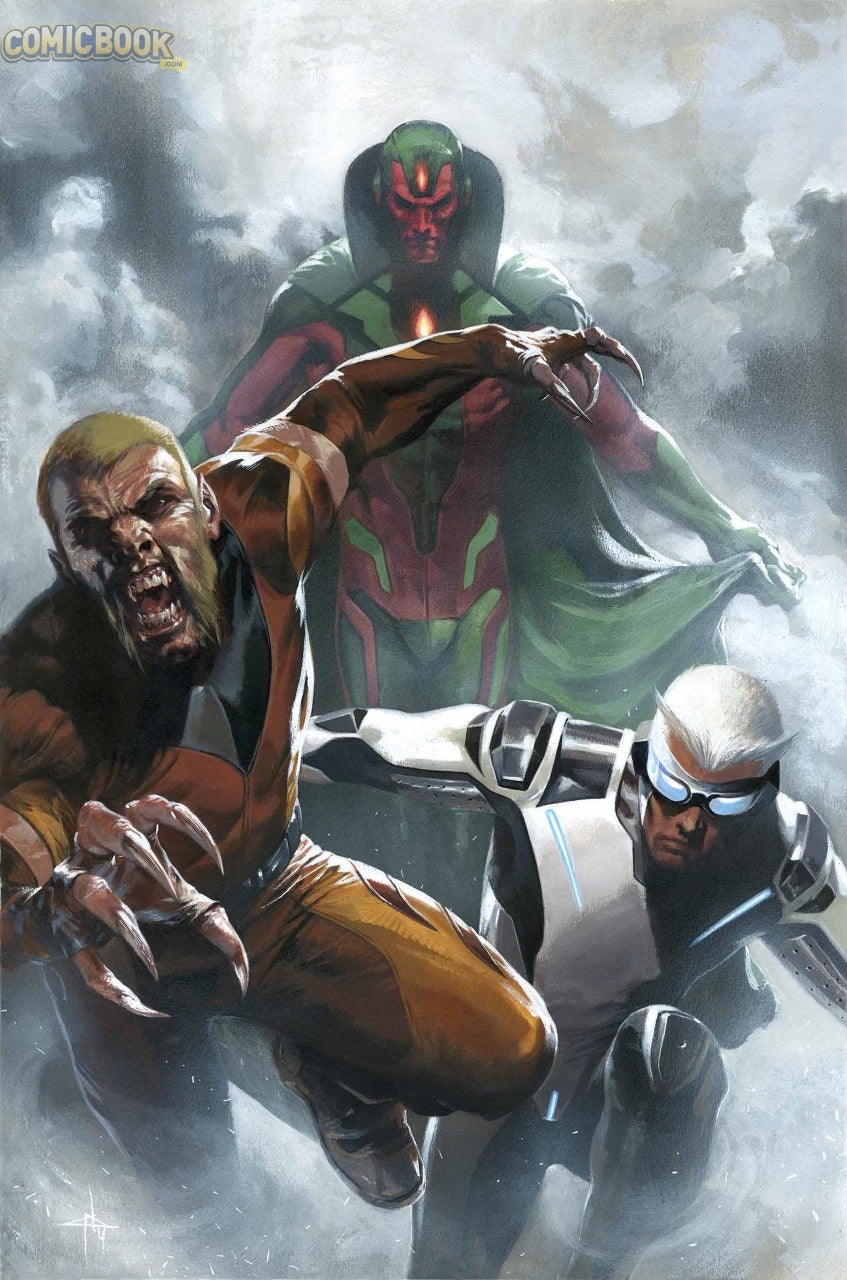 Back when we spoke to Rick Remender about the Axis event, he mentioned that a new team book would spin out from the series. Seems like this is probably what he was hinting at.

• From the ashes of AXIS an all-new, all different Avengers assemble!

• The tragedy at the end of AXIS has left the Uncanny Avengers vulnerable, and someone is taking advantage of it.

• One of the Avengers oldest foes returns with a terrible secret that will, all hyperbole aside, shatter the lives of two members of the squad.

• What is Counter-Earth? What terrible secrets does it house?