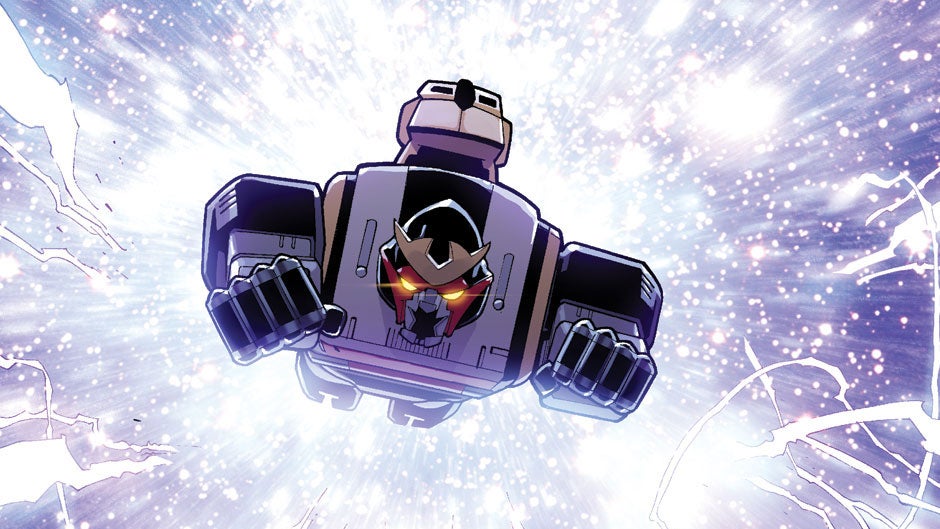 Who knew Spider-Verse got this crazy?

Marvel has brought back the infamous and beloved Japanese Spider-Man. In The Amazing Spider-Man #12, Peter Parker brought Takuya Yamashiro and his giant robot, Leopardon, into the fold, rescuing them.

"If you've never seen an episode of the Japanese, live action Spider-Man show from the 70's, then you are in for a treat!" Enthused Dan Slott, The Amazing Spider-Man writer, in an interview with Marvel.com. "He is like no Spidey you've ever seen before! Sure, he's got spider-sense, can climb walls, and swing on a web...but he's also got the Spider-Machine GP7, a flying, missile-launching race car-- and a leopard-headed spaceship, Marveller,  that transforms into his giant robot, LEOPARDON!!!

"When I was growing up, the only way to see these were on grainy VHS tapes with no subtitles. Luckily for you, the fine folks at Marvel have subtitled these classic episodes for you. So you'll be able to see, first hand, that in Japan, he's NOT your 'friendly neighborhood Spider-Man", but rather "an emissary of Hell.' That's way more intimidating, right?

"And if you want, you can even sing along with his catchy theme tune--and his dangerous rock & roll hit, 'Spider-Man Boogie.'"

Marvel was kind enough to provide some video footage of Japanese Spider-Man, which you can see embedded below.

...Really, what can we say after that?

The Boys Showrunner Addresses That Joss Whedon Joke in Season 2