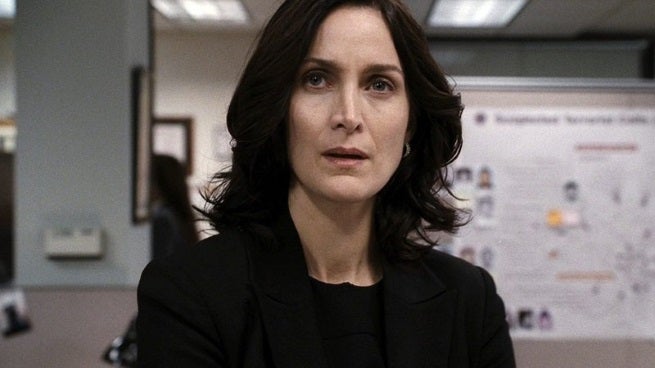 Marvel has cast Carrie-Anne Moss in A.K.A. Jessica Jones. Moss is best known for her role as Trinity in The Matrix trilogy, and has also co-starred in Red Planet, Christopher Nolan’s Momento, the 2007 film Disturbia, and last year’s Pompeii.

Marvel is remaining quiet about Moss’s role in the upcoming Netflix series, simply describing her as a “no-nonsense woman.”

After a tragic ending to her short-lived super hero stint, Jessica Jones is rebuilding her personal life and career as a detective who gets pulled into cases involving people with extraordinary abilities in New York City. Moss plays a no-nonsense woman who could prove a powerful ally to Jessica…if Jessica doesn’t completely alienate her first.

As part of the cast of A.K.A. Jessica Jones, Moss joins Krysten Ritter as Jessica, David Tennant as Kilgrave, Michael Colter as Luke Cage, and Rachael Taylor as Trish Walker.