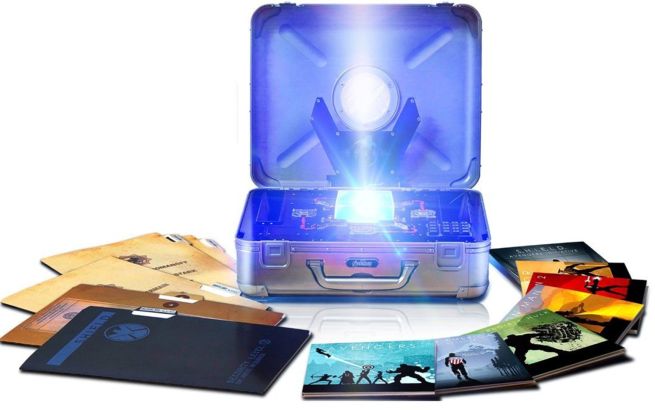 If you're missing some of your favorite Marvel Studios movies on Blu-ray and have some Christmas cash burning a hole in your pocket, now is the time to resolve both issues in one fell swoop.

The Marvel Cinematic Universe Phase One box set is currently marked down by more than 50% on Amazon, making the full, six-film box set less less than $100 (which includes shipping if you're an Amazon Prime subscriber).

It comes packaged with custom sleeves for each Blu-ray (since the standard amaray cases aren't included) and liner/production notes made to look like S.H.I.E.L.D. dossiers and ten total discs, including a bonus disc only available in the box set. The whole thing is packaged inside a replica of the briefcase in which the Tesseract was stored during its time at S.H.I.E.L.D. You can see the image above for reference.

The set was delayed for a time, as the actual briefcase company initially filed an injunction claiming Marvel had wrongfully "counterfeited" their product by making a facsimile for the box set, resulting in modifications made to the case and, reportedly, some extra bonus material included during the production delay.

The set normally retails for $220. It's not clear how long this sale will run.