Marvel Comics made preview pages from December's issues of Invincible Iron Man and Avengers available to press and fans this morning. In Invincible Iron Man #511 by Matt Fraction, Salvador Larroca and Frank D'Armata, The Mandarin returns to give Ol' Shellhead a hard time. While the character hasn't yet made the cut for either of the live-action Iron Man movies (and director Shane Black has said he won't be in the third, either), he's still widely regarded as Iron Man's most iconic adversary. Meanwhile, Avengers #20 by Brian Michael Bendis and Daniel Acuña sees the newest iteration of the ultimate Marvel team facing down Norman Osborn's Dark Avengers, with a little help from a number of other terrorist groups from around the Marvel Universe. Click for larger versions of the images below.

Tony Stark's most fearsome foe, the Mandarin, makes his shocking return in your first look at Invincible Iron Man #511! The award winning team of Matt Fraction, Salvador Larroca & Frank D'Armata continue their ongoing opus of the Armored Avenger as they put him through the wringer. Just when you thought the Mandarin was a handful, wait until he teams up with Zeke Stane and a hot off the line, updated Detroit Steel! Does Tony have  enough in him to put an end to their plans? Find out in Invincible Iron Man #511! INVINCIBLE IRON MAN #511 (OCT110596) Written by MATT FRACTION Pencils & Cover by SALVADOR LARROCA Colors by FRANK D'ARMATA FOC – 11/28/11, ON SALE – 12/21/11 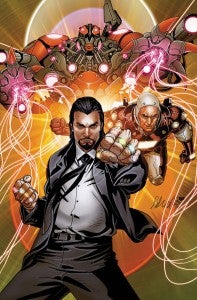 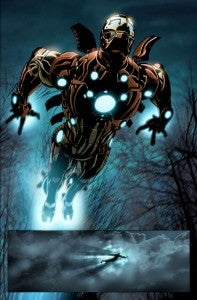 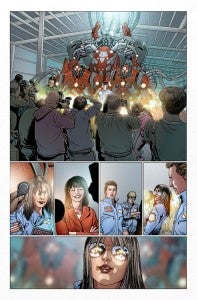 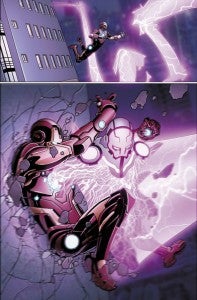 Your First Look At AVENGERS #20

The latest and greatest roster of Avengers head down the rabbit hole to find out who is behind the all-new H.A.M.M.E.R. in your first look at Avengers #20! Just when the world thought it was safe, Norman Osborn has recruited a powerhouse team of new Dark Avengers and he's out for revenge. Combined with the might of the former leaders of H.Y.D.R.A. and A.I.M., the Avengers will need serious firepower to tackle this threat. Luckily, that's where their new recruits come in. Get in on the action, courtesy of the red-hot creative team of Brian Michael Bendis and Daniel Acuña this December, in Avengers #20! AVENGERS #20 (OCT110597) Written by BRIAN MICHAEL BENDIS Art & Cover by DANIEL ACUÑA FOC – 11/28/11, ON SALE – 12/21/11 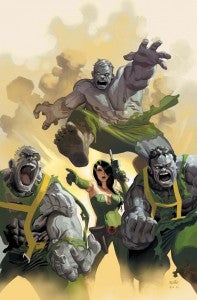 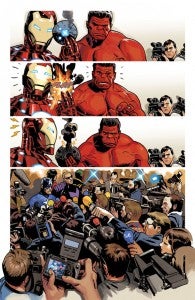 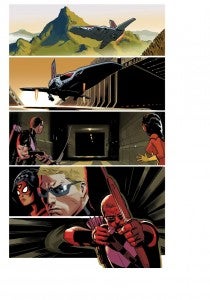 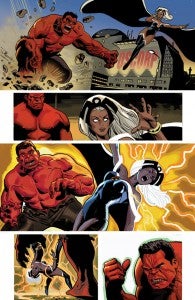