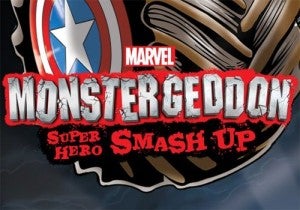 An event so big in the making that it's apparently taking a whole year to put together. Marvel Entertainment has teamed up with Feld Motor Sports to create Marvel Monstergeddon, which will take place on July 14, 2012 at San Diego's Qualcomm Stadium. What is Marvel Monstergeddon: Super Hero Smash Up? It's monster trucks painted up like various Marvel Comics heroes and villains. The event promises "a suspenseful storyline, amazing motorsports stunts, and the loudest, most destructive monster truck battles." What more could you ask for? 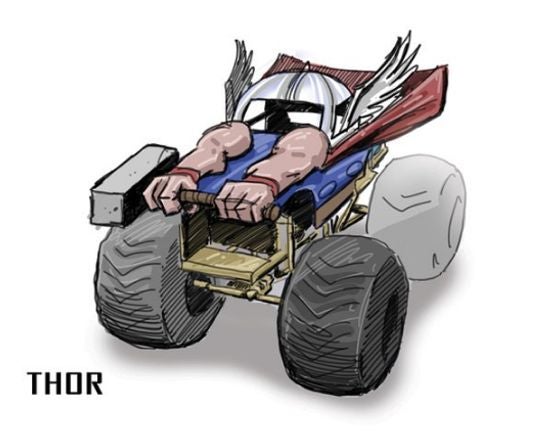 Well, there is more. Qualcomm Stadium will be transformed into the Marvel Universe with buildings, lights and pyrotechnics straight from the comic books and movies. Tickets for Marvel Monstergeddon are currently on sale at Ticketmaster, and there is a special bonus for fans buying before July 24, 2011. Those early buyers will get a custom Captain America #1 variant cover comic book personally autographed by Stan Lee. 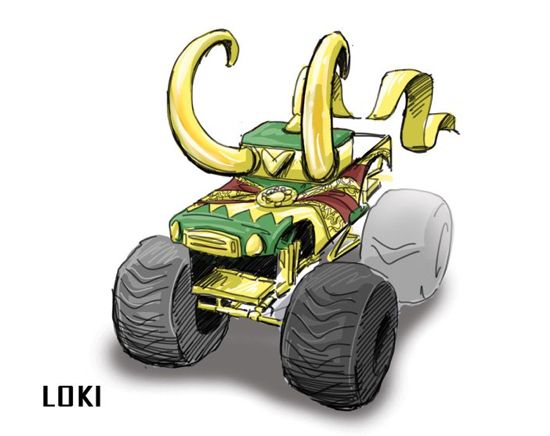 Also, there is a special preview for 2011 San Diego Comic-Con attendees. Fans can go to Culy Warehouse at 335 6th Avenue on Wednesday, July 20 through Sunday, July 24 for a five-day preview of one of the 10,000 pound Marvel heroes created for Marvel Monstergeddon.