Marvel Entertainment is teaming up with Susan G. Komen For The Cure to help promote National Breast Cancer Awareness Month. Marvel will go pink in October with a month-long campaign featuring new covers on select Marvel Comics titles. The variant covers will feature special pink-colored costumes and will be available exclusively at comic book shops.

“Marvel is proud to partner with Susan G. Komen For the Cure to support their unparalleled efforts to raise awareness about the risk of breast cancer to both women and men,” said Dan Buckley, Publisher & President of the Print, Animation & Digital Divisions, Marvel Worldwide, Inc. “We’re in a unique position to educate all our fans and increase awareness of the ways to fight—and reduce-- this risk of this disease by utilizing our comics and online presence.”

“Komen is thrilled to partner with Marvel Entertainment in the fight against breast cancer this October,” said Dorothy Jones, VP, Marketing at Komen. “This partnership will allow us to share critical information with this important audience, empowering them to take positive action for their breast health and for the women they love.” 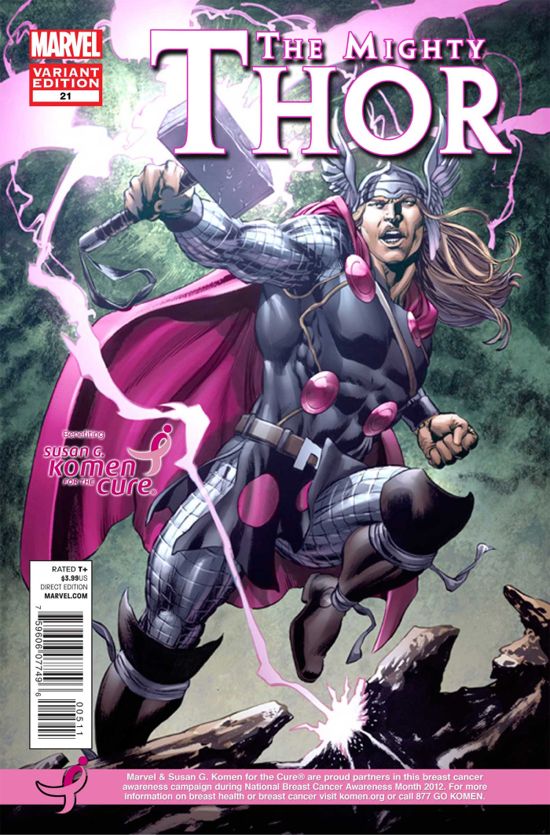 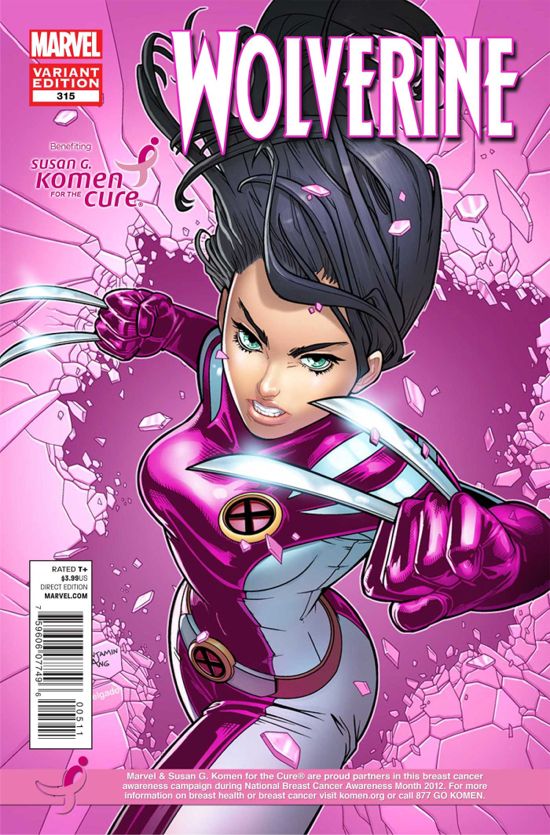