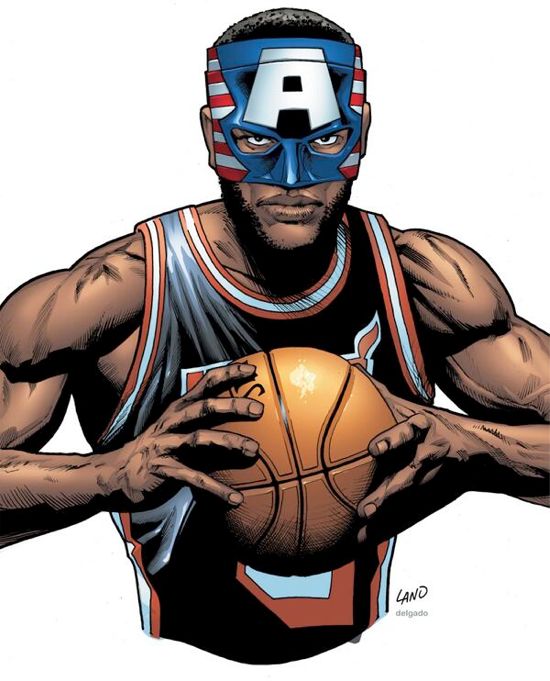 We guess the folks at Marvel Entertainment got tired of hearing all the talk of LeBron James wearing a Batman mask, and they decided to design him something a little more colorful. Marvel artist Greg Land created the artwork above showing what LeBron James would look like in a Captain America mask.

Of course, the NBA banned LeBron James’ black Batman mask, so we’re doubting that a red, white, and blue mask would pass the NBA’s inspection. Still, we think LeBron James should give it a try, and maybe the NBA will let it fly out of fear of being labeled as unpatriotic if they ban it.