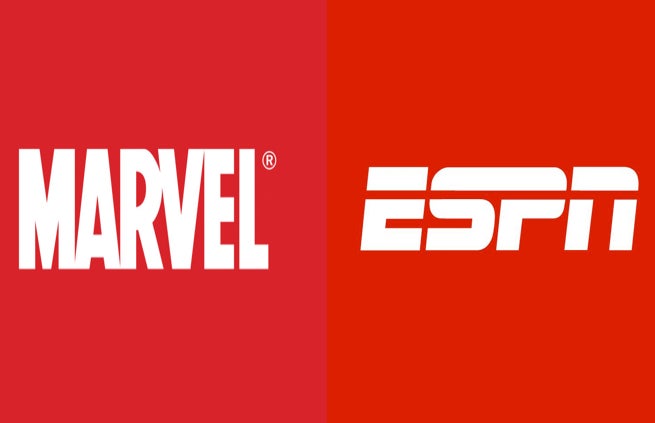 Athletes are probably the closest physical approximations to comic book heroes, performing feats and achievements that certainly seem super to everyone else.

Now, ESPN and Marvel comics will show just how alike the two are in a series of documentary videos. ESPN will provide the documentary-style reporting to each video, while Marvel will bring the stories to life with comic book art and graphics. Both companies are owned by the Walt Disney Company.

The first film, 1 of 1—Genesis, is available now. It will explore the links between superheroes and professional athletes, while examining the notion of whether heroes are born or built. The second film series, Origins, will take a closer look at individual professional athletes and will compare them to their Marvel superhero counterpoints. By examining the athletes own secret origins, superpowers, and motivations, the films will show the parallels between them and characters like Spider-Man, Captain America, and more. That series will premiere  later this summer on ESPN's Sportcenter.

"We would try to find the moment where the radioactive spider bit Carmelo Anthony," Dan Silver of ESPN Films told writers at the Television Critics Association winter press tour on Wednesday, according to USA Today.

The Last of Us Part 1 Footage Continues to Leak Online