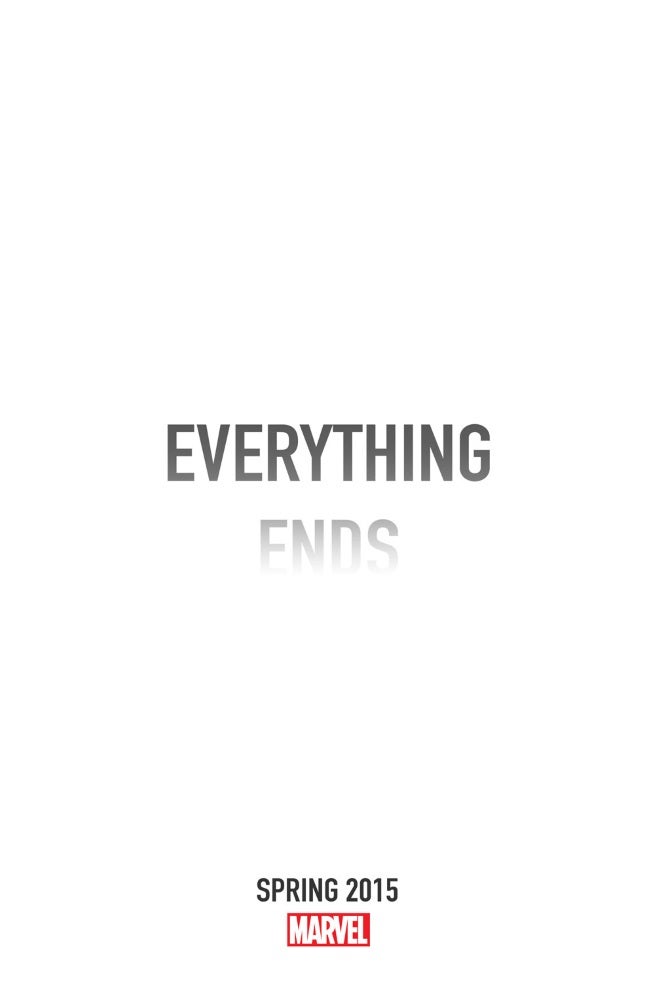 Marvel Comics has released what they confirm is the final in a series of teasers for 2015.

The teaser simply says “Everything Ends” in a black, fading text on a white background, with that date set for spring 2015.

While we’ll have to wait for Marvel to provide any further official context, this teaser will surely fuel online speculation of a “New 52” style reboot coming from Marvel sometime next years.

Interestingly enough, this would imply that "Everything Ends" right before Marvel's Secret Wars mega-event, and before any of the previous "summer 2015" would take place. Could the end of everything be what triggers Secret Wars, and leaves the door open for all of those other realities and storylines?

Stay tuned for any further update or details about what this teaser might mean.

Marvel: Everything Ends In Spring 2015