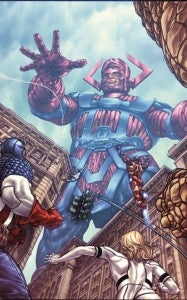 With the release of Fantastic Four #601 today, the first arc since Johnny Storm's return is well and truly underway. And what kind of provider would Marvel be if they didn't give us a little tease of what's to come in a month? Guest-starring half the Marvel Universe and featuring beautiful Barry Kitson art, this is an issue that's going to be hard to pass up.

Your First Look At FANTASTIC FOUR #602!

Johnny Storm has returned and he’s brought along some new friends to save the world in your first look at Fantastic Four #602! From the creative team of Jonathan Hickman and Barry Kitson, the Fantastic Four have their hands full as an intergalactic war threatens the well-being of Earth. It’s up to the combined might of the Inhumans, Johnny’s new Light Brigade and Earth’s Mightiest to quell the forces of the Kree Supreme Intelligence. Will the Annihilation Wave be enough to turn the tide? Find out as “Forever” continues in Fantastic Four #602! 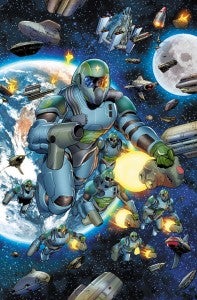 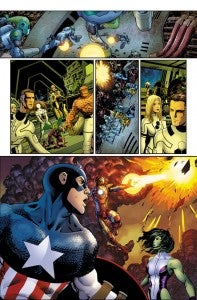 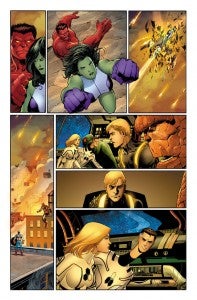 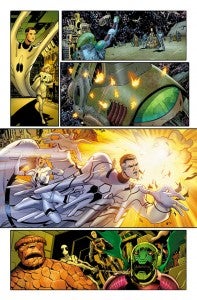