Marvel has released a first look at Rick Remender and Lan Medina's upcoming Venom #11, due to hit the shelves on December 21. A team-up with Jack-O-Lantern paired with what appears to be a drinking problem brought on by hitting bottom is in the cards for everybody's favorite symbiote-wielding government agent, with a cover by The Walking Dead co-creator Tony Moore.

Click on the images below to see them full-sized.

Venom is on the run from his country and he’ll have to turn to the one person he despises the most for help in your first look at Venom #11! From critically acclaimed writer Rick Remender and red-hot artist Lan Medina, Venom has nowhere left to go and when he’s able to finally find some help…it may be the worst decision he’s made yet. That’s right, it’s the team-up you never thought you’d see as Venom teams with JACK-O-LANTERN! How bad can things be that Flash Thompson has to side with his archenemy? Find out this December, in Venom #11! 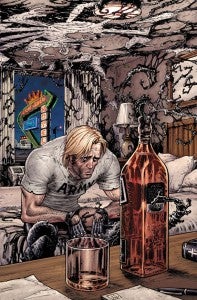 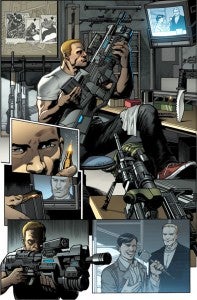 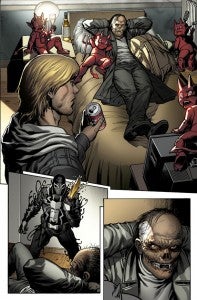