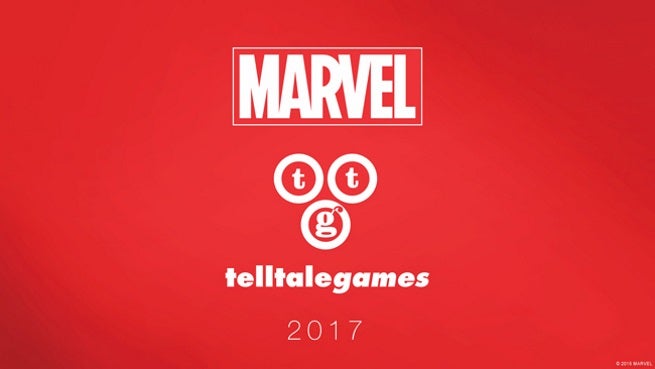 Telltale Games is teaming up with Marvel Entertainment for a new game series featuring Marvel characters, set to debut in 2017.

"We've been busy," Executive Producer Mike Jones said just before the announcement was made on Thursday in San Francisco (via IGN). "It takes a long time to find the right partner. We have one special game we're excited about."

Jones went on to say that Marvel and Telltale are striving to create a game that is authentic and “sexy.”

"If it doesn't turn heads, if it doesn't get you excited to talk with your friends, it's not a Marvel game. It has to command attention," Jones explained.

The announcement hit Telltale's official blog with the above image, and the below message:

Announced this evening in San Francisco, we're excited to reveal an all-new partnership with the incredible team at Marvel Entertainment. We'll be teaming up on the development of an upcoming Telltale game series project set to premiere in 2017!

Telltale is known for making episodic, story-driven adventure games, and this is hardly their first time adapting a comic book franchise. They’ve already adapted The Walking Dead into two award-winning seasons of episodic gaming, and also adapted Vertigo Comics’ Fables into The Wolf Among Us. They’re currently releasing their six-episode game series based on HBO’s Game of Thrones, as well as Tales from the Borderlands, based on the popular Gearbox Software video game series.

Telltale didn’t reveal any details about which Marvel Characters would be featured in the game. The game will be released on consoles and PC in 2017.

Marvel Game Series In The Works From Telltale Games

Inside and Limbo Developer Playdead Reveals New Details on Next Game