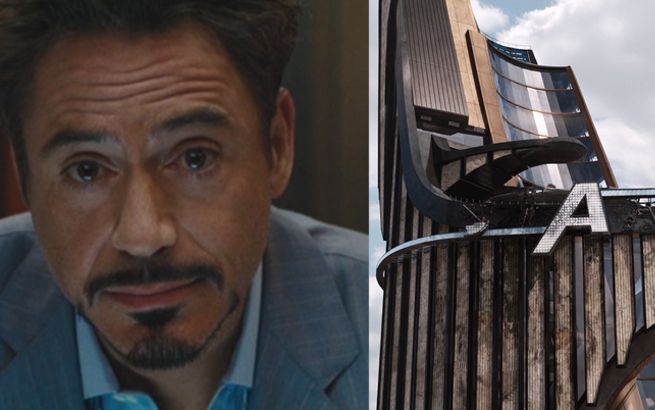 When Ben Affleck asked Warner Bros. if he could take a Batsuit home with him, Warner Bros. told him it would cost him a $100k if he wanted a Batsuit. When Robert Downey Jr. joked that he wanted the giant 30-foot letter “A” from the set of The Avengers, producers had the letter delivered to his house according to the Mirror.

Downey Jr. told BBC Radio 1, “On the last Avengers, there's this scene where there's this 'A' which is probably 30 feet tall and I'm looking at it, and we're shooting in England, and I go, 'I need that in my office in Venice.'”

Downey Jr. continued, "About two weeks ago, a wheeler showed up, I'm like, 'What the heck is this doing here?!' And they go, 'This is the 'A' you asked for.' And I go, 'They brought it?!' So now we have a massive Avengers 'A' that will be prominently placed."

Of course, The Avengers made over $1.5 billion at the worldwide box office, so Marvel Studios could likely spare a big letter for one of their stars. Maybe, if Batman V. Superman: Dawn of Justice makes a similar amount or more, Warner Bros. will let Affleck have a Batsuit without having to pay out of pocket for it.

However, in fairness, Downey Jr. confessed to not having a complete suit of Iron Man armor, so maybe Affleck is just asking for the wrong prop.

Marvel Gave Robert Downey Jr. The Giant “A” From The Avengers