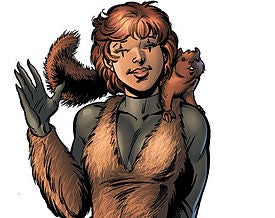 She's available in game now and can be unlocked with cash or by earning enough eternity splinters (400) in game.

In addition to her modern costume, there's an alternate "aviator" costume available to unlock as well. Check out her debut trailer below.