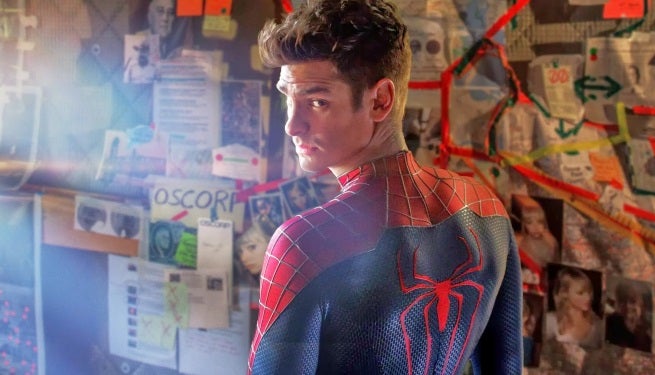 The Latino Review is reporting further on the possibility of a Spider-Man rights-sharing deal between Marvel Studios and Sony Pictures, and reveals the sticking points that may be preventing the deal from going through.

While the deal would see the two studios sharing rights to the character 60/40, Marvel wants to obtain complete creative control and start from a clean slate. In other words, they don’t want to bring the Spider-Man from the The Amazing Spider-Man film franchise into the Marvel Studios universe, they want to create their own version of the character from scratch.

This would include casting a brand new actor as Peter Parker to replace Andrew Garfield, who has played the role in both Amazing Spider-Man movies. This has been one of the primary reasons for Sony Pictures head Amy Pascal holding out on the deal, as she has a reputation for standing by her talent.

Marvel Studios would also shelve Sony’s plans for any Amazing Spider-Man spinoff movies, including the Aunt May solo film and the spinoff that was said to be led by female Spider-Man characters.

This is all part of Marvel’s efforts to distance any Spider-Man film they make from what has come before. The studio reportedly feels that Spider-Man origin stories and romance-driven films have been done, and want to introduce a teenage Peter Parker who already has a superhero career as Spider-Man. The films would primarily focus on the challenges of balancing his superhero life with the life of a teenager, with romance being, at most, a subplot.

The Latino Review also states that Marvel Studios has completed the script for Captain America: Civil War and, as of right now, the script does not include an appearance by Spider-Man. However, if Sony should come around to this deal, Marvel will likely alter the script to make room for at least a cameo by Spider-Man.

Marvel Looking For A "Clean Slate" For Spider-Man Franchise