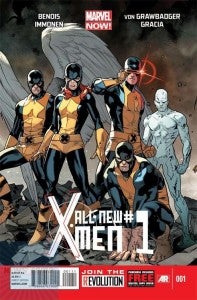 Marvel has just released a sneak peek at All-New X-Men #1, due out in November from the superstar creative team of Brian Michael Bendis and Stuart Immonen. Like yesterday's Indestructible Hulk preview, it's pencilled and inked art (although some of it isn't even that close to finished), showcasing Immonen's clean lines and strong sense of visual storytelling.

Still no word on just who that figure is who's standing off to the right on the issue's cover, but one supposes we'll find out sooner than later, with Avengers vs. X-Men wrapping up soon.

ALL-NEW X-MEN #1 Written by BRIAN MICHAEL BENDIS Art and cover by STUART IMMONEN It’s a blast from the past as the original five students of Professor X – Cyclops, Marvel Girl, Iceman, Angel and Beast – are plucked from the past and brought to the present. But what they find, the state that their future selves are in and the state of Xavier’s dream, is far from the future they dreamed of. And how will the X-Men of the present deal with their past coming crashing forward? 32 PGS./Rated T+ …$3.99 On Sale November 7 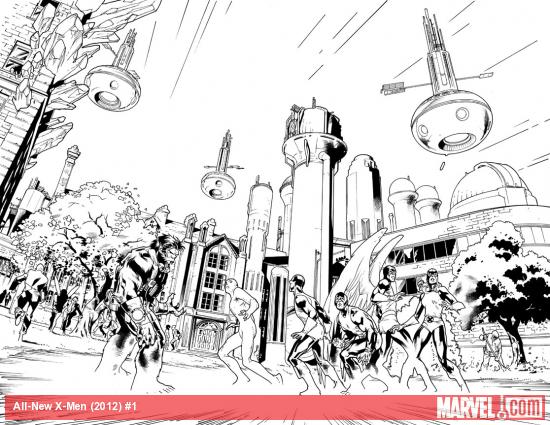 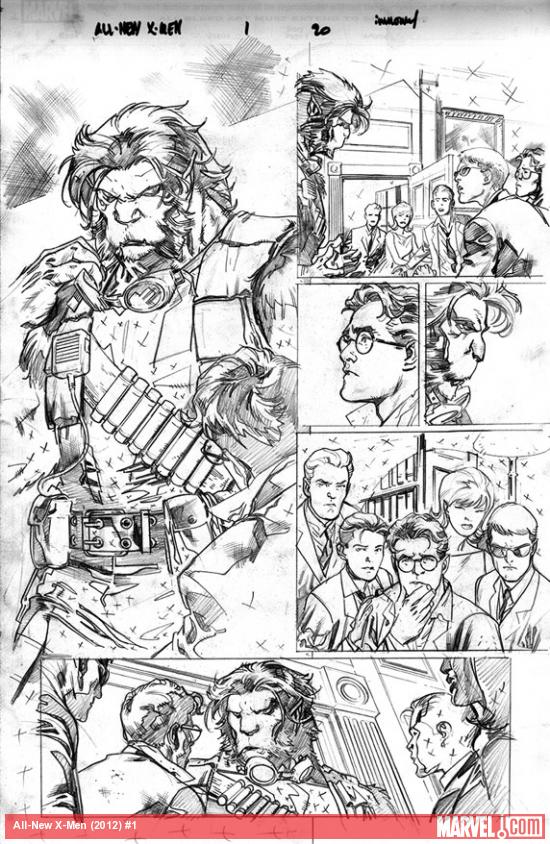