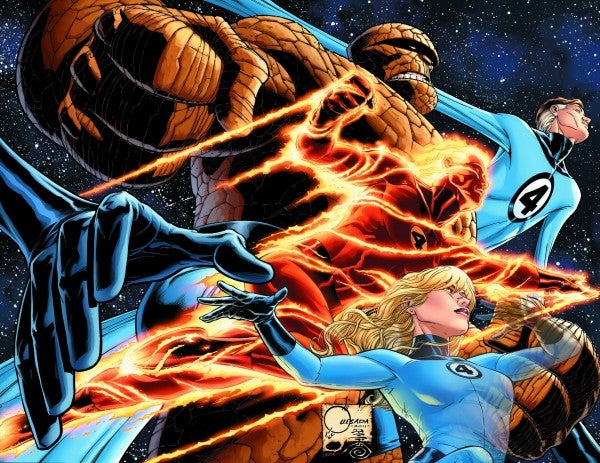 The news came at the tail-end of Marvel's Axel-In-Charge panel at New York Comic Con today. The announcement ends months of rumors and speculation that the publisher was going to cancel its oldest Silver Age team, presumably over rights issues between Marvel and 20th Century Fox. The series, written by James Robinson and illustrated by Leonard Kirk, just launched this February.

Fantastic Four has cycled through numerous volumes over the past few years, with each one reaching a fairly low number of issues before facing cancellation and relaunching with a new creative team. While the first issues of the new series generally sell well, they quickly fall behind. For instance, this past February's new "Fantastic Four #1," which brought in the new creative team of James Robinson and Leonard Kirk, ranked #7 on the Diamond sales charts, but slipped to #98 by September.

There are no official details yet on exactly when "Fantastic Four" will end, but solicits released last week by book publisher and distributor Hachette suggest early next year. Alonso and Robinson did confirm, however, that the series will revert to its original numbering starting with issue #642 in January. There were also no details on whether Marvel would relaunch The Fantastic Four with a new volume, or even incorporate the team in other Marvel projects. Stayed tuned for further updates.