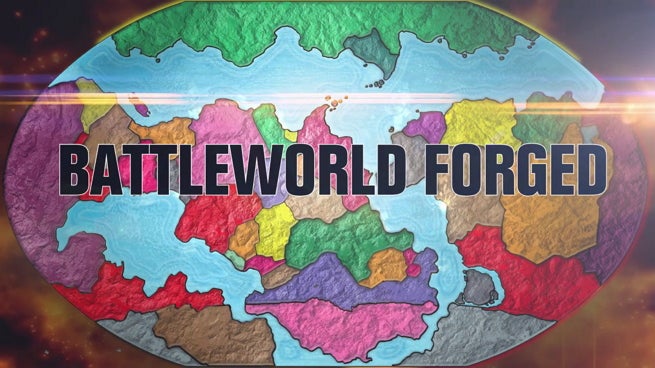 Marvel Comics has released a new video that reveals the meaning of the teaser images the publisher has been releasing over the past several reason.

As suspected, the teasers tie directly into the Secret Wars mega event. It appears that the each image represents of the many alternate universes of the Marvel multiverse, and that the events of Jonathan Hickman’s “Time Runs Out” Avengers story will forge these many universe into one world: the new Battleworld.

In the original Secret Wars event, the Beyonder created the original Battle World, forged from pieces of many different planets. The new Secret Wars seems to be taking the concept one step further, by forging it from entire realities rather than planets.

The video shows the planet divided up into a kind of map. It would seem that each region is where a respective reality is dominant. Presumably, as in the original Secret Wars, the inhabitants of these various realities will be forced into battle.

The individual issues that Marvel has teased will likely be one shots or miniseries that dive deeper into each reality’s respective existence.

Secret Wars #1, from writer Jonathan Hickman and artist Esad Ribic, will go sale in May 2015.