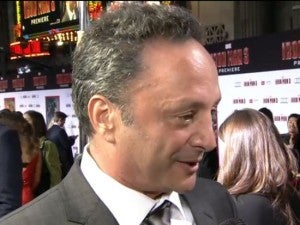 During the Iron Man 3 premiere in Hollywood, Marvel Studios Co-President Louis D'Esposito officially confirmed that Marvel Studios will be doing a panel at 2013 San Diego Comic-Con by announcing a short film he directed. Louis D'Esposito said, "I've just done a couple of short films for Marvel that feature female protagonist." When asked when fans would be able to take a look at those short films, Louis D'Esposito responded, "Item 47 was on The Avengers Blu-ray DVD, and I can't really tell you the next one yet. It's still top secret, but we will be premiering it at Comic-Con." While Louis D'Esposito might be keeping quite, Hayley Atwell appears to have already spilled the beans. Atwell recently mentioned that there was an online campaign to have her character Peggy Carter featured and that at Comic-Con there would be a little snapshot of what Peggy's capable of. So, it's highly likely that the top secret short film that Louis D'Esposito referenced features Peggy Carter.