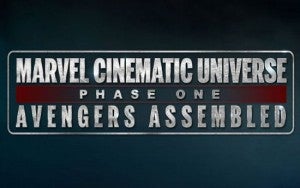 While many fans were disappointed that Marvel Studios Phase One box set was delayed due to legal issues, it looks like their patience will be greatly rewarded. In addition to including six phase one Marvel Studios movies spanning from Iron Man to the Avengers, the 10-disc box set will also include deleted scenes and a sneak preview of Marvel Studios Phase Two films.

According to Entertainment Weekly, Marvel Studios used the delay to add in a special showcase of the Phase Two movies. While EW doesn’t have a lot of specifics on exactly what made the cut, Marvel Studios Phase Two films include Iron Man 3, Thor: The Dark World, Captain America: The Winter Soldier, Ant-Man, Guardians of the Galaxy, and Avengers 2.

Given that several of the movies haven’t even started filming yet, one would expect most of the preview footage to revolve around Iron Man 3 and Thor: The Dark World, which have already filmed extensive footage. While we wouldn’t expect to see much on Guardians of the Galaxy and Avengers 2, the Ant-Man demo footage that was shown at Comic-Con could always be a possibility.

Marvel Studios President of Production Kevin Feige reportedly told EW that the Phase Two preview would include “footage, concept art, and a few new surprises. Also, look for a nod to Iron Man 3 in the Tony Stark S.H.I.E.L.D. file in the box set.”