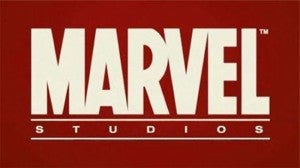 We know that Marvel Studios is keeping with its plan of releasing at least two movies a year. In fact, Marvel Studios has already announced the dates for two movies to be released in 2016, but just not the titles of the movies yet. Marvel Studios will release movies on May 6, 2016 and July 8, 2016. Marvel has even gone as far as to also already lay claim to the date of May 5, 2017 as well.

Many (including us) expected Doctor Strange and Avengers 3 to be officially announced at 2013 San Diego Comic-Con. When the Marvel Studios panel came and went, speculation pointed toward Marvel Studios saving the announcements for Disney's own D23 Expo. However, Marvel Studios President of Production Kevin Feige has indicated to Collider that is not the case.

Of course, Disney's next D23 Expo takes place in early August of this year, so if Feige isn't fibbing to keep the announcements a surprise, it looks like there will be no new Marvel movie announcements at D23 Expo this year. However, Feige did indicate that Marvel had some special things planned for D23 Expo. Whan talking about their presentations for Comic-Con and D23 Expo, Feige said, "...And D23 has the slight advantage that it takes place a little bit later.  So, for movies that are currently filming, there will be more stuff available at that point."