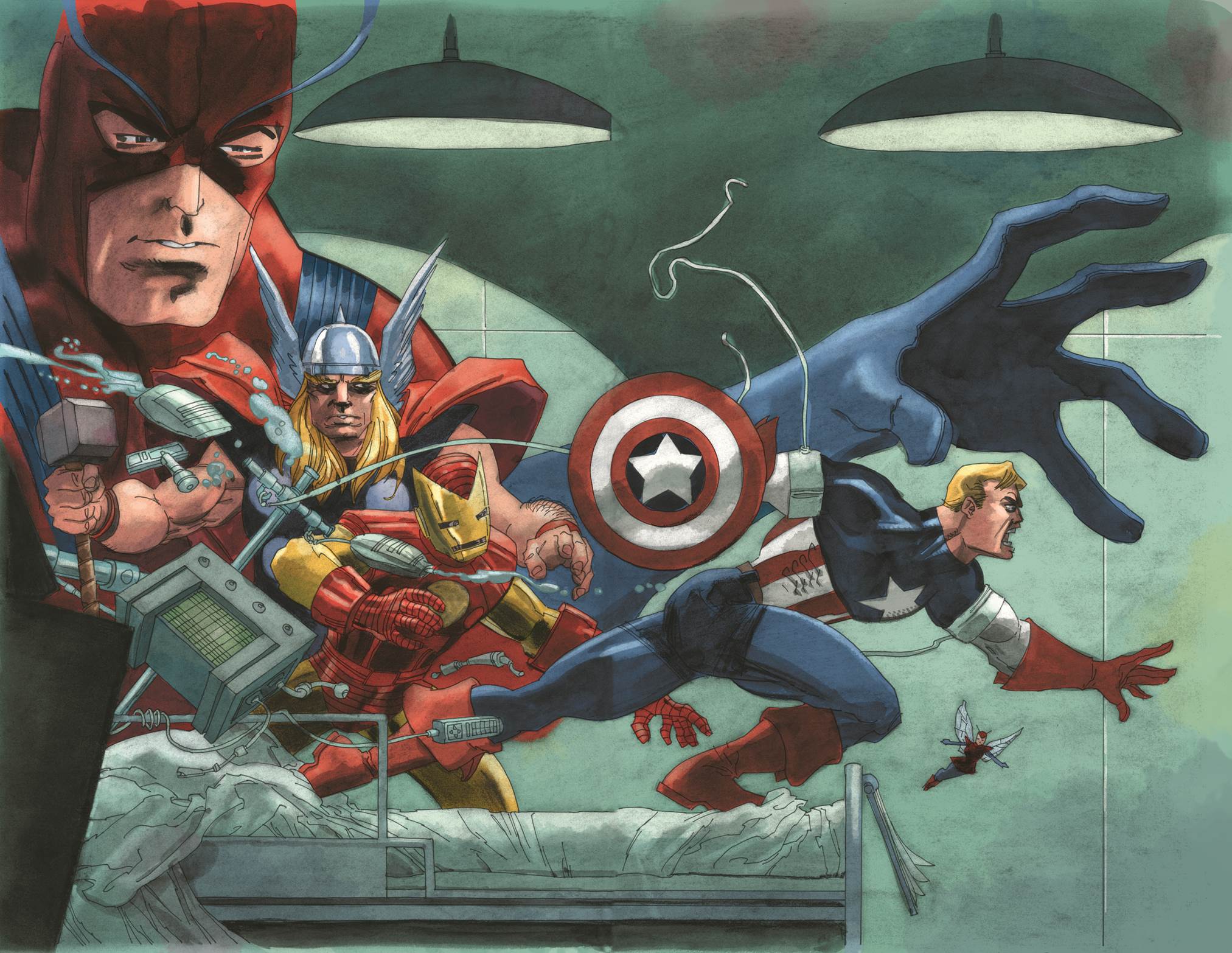 Captain America: White, the Marvel Comics mini-series that was put on-ice as long as Cap himself, will finally see publication after years of delays.

Written by Jeph Loeb and illustrated by Tim Sale, Captain America: White will hit shelves as a five-issue miniseries starting September. The first two issues will hit in September, while the remaining three will hopefully come in the subsequent months.

"This is a very special project to me, something that I can honestly say is a career highlight,"series editor Mark Paniccia told Marvel.com. "Jeph and Tim put their hearts and souls into this series and have produced—along with color guru Dave Stewart and the design geniuses at Comiccraft—what I think the best of their iconic collaborations."

Along with the announcement, Marvel also released a preview and official solicit text for the first two issues. You can view both below.

ISSUE #1
• From his re-awakening in the present day to his days on the battlefield during World War II, follow CAPTAIN AMERICA as he recalls a special mission during THE BIG ONE!
• It's 1941 and the HOWLING COMMANDOS are just looking to kick back and relax....
• But CAP and BUCKY are about to make their night a whole lot worse!
• The EISNER AWARD-WINNING team of JEPH LOEB and TIM SALE reunite to tell a shocking story of CAPTAIN AMERICA AND BUCKY!
• Extra-sized issue featuring CAPTAIN AMERICA: WHITE #0
64 PGS./Rated T+ …$4.99

ISSUE #2
BULLETS! BOMBS! EXPLOSIVE REVELATIONS!
• CAPTAIN AMERICA AND BUCKY are ready to lead the HOWLING COMMANDOS, but are the HOWLING COMMANDOS ready to follow?
• Things go from bad to worse and only Bucky can save the day!
• Will a shocking appearance from an old ally turn the tide of battle?
32 PGS./Rated T …$3.99

Are you excited to finally read Captain America: White? Let us know in the comments!