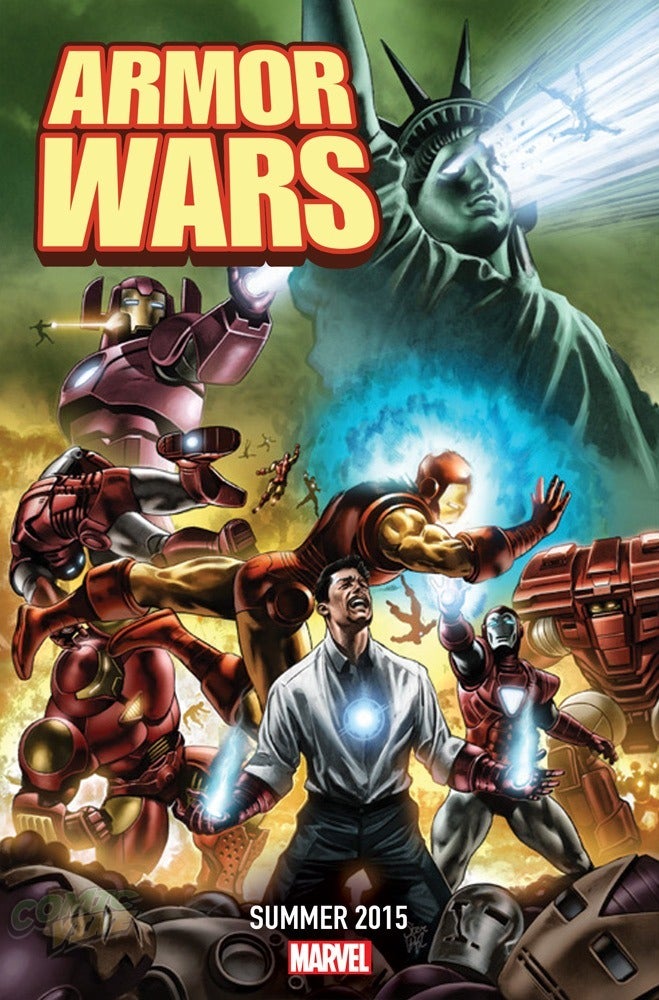 Marvel Comics has released the latest in their series of teaser images for the summer of 2015, this one promoting Armor Wars (via Comic Vine).

The original Armor Wars was a 1987 Iron Man story by David Michelinie, Bob Layton, Mark Bright, and Barry Windsor-Smith, in which Iron Man’s technology is stolen and sold to his greatest enemies, forcing Iron Man to hunt them down and take it back.

As with some of the previous teasers, this one suggests a slight twist on the previous story. Namely, is that Galactus-buster armor?!

Still no official word on if and how these events will tie into Marvel’s recently announced mega-event, Secret Wars.