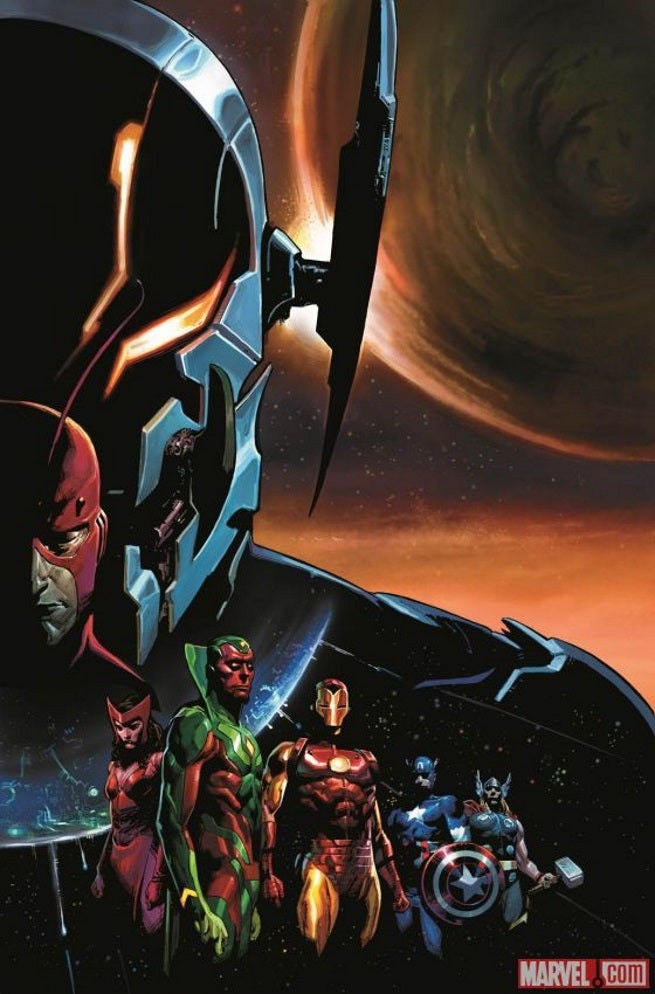 Marvel Comics has unveiled the cover to the upcoming original graphic novel Avengers: Rage of Ultron (via Marvel.com).

“[The] cover holds a ton of secrets,” says Remender. “There are Avengers from two different eras, and the story takes place in both of those eras. The positioning of the characters holds a deeper meaning than anyone will be able to guess until they read the series as well. This is some of Jerome and Dean's best work and the story promises to be nothing short of Earth shattering for the Avengers.

The graphic novel promises to feature not just Ultron, but also Thanos and the Eternals.

Avengers: Rage of Ultron will be released in April, 2015.