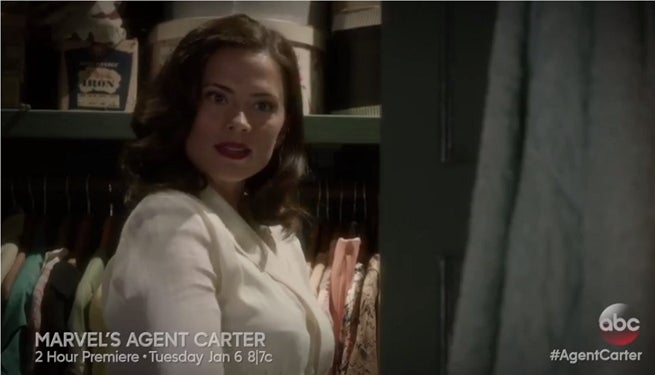 Marvel Entertainment has released a new clip from the first episode of Agent Carter.

The clip shows Agent Peggy Carter (Hayley Atwell) juggling her double life as a secret agent, while discussing women’s social issues and her own personal life with her roommate.