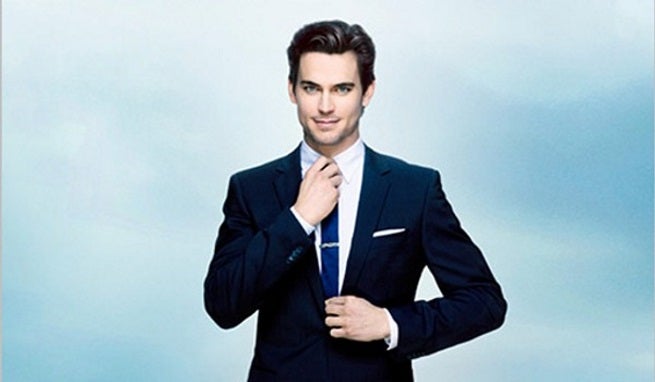 Bomer made the announcement in a surprise appearance at PaleyFest. He will co-star in the new season alongside Lady Gaga.

Bomer is known for roles on 30 Rock and White Collar. He’s also appeared in the film Magic Mike, and worked with American Horror Story creator Ryan Murphy on his HBO movie The Normal Heart. Bomer had a brief appearance in American Horror Story: Freak Show, as a prostitute who was then murdered.

“I love collaborating with Ryan Murphy,” Bomer said at PaleyFest. He kept details about his role under wraps, but did tease a connection with Gaga’s character, saying, “I can’t confirm nor deny that there will be a romantic relationship with her.”

Cheyenne Jackson also joined the cast. She worked with Murphy previously as a guest star on Glee. She’s also had roles in Curb Your Enthusiasm and Ugly Betty.

American Horror Story’s longtime star, Jessica Lange, confirmed that she would not be returning for American Horror Story: Hotel, saying “Yes, I’m done. We’ve had a great run here. I have absolutely loved doing these four characters that I’ve had the opportunity to play. In all the madness, I’ve loved the writers, my actors, Ryan and the whole, I mean, insanity of it, shooting here, shooting in New Orleans, the stories, everything.”

Star Wars: The Mandalorian's Infamous Jeans Guy Has Been Removed

Star Wars: Rogue One Trends as Fans Share Love for the Spinoff Film

The Spawn Movie Is Coming to HBO Max