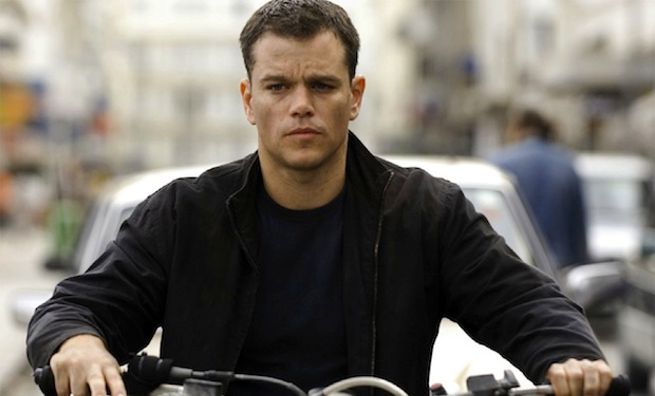 On the red carpet for their series Project Greenlight, Ben Affleck and Matt Damon confirmed rumors that Damon will return to the role of Jason Bourne for an upcoming Bourne Identity sequel.

Asked to compare their respective physiques, since both actors have now become action stars and are spending a ton of time in the gym,Affleck deflected, implying perhaps that he's done filming his Batman scenes (or possibly just joking): "Well, [Damon's] going to be doing a Bourne movie next fall when I've just completely lost any semblance of physical fitness. So….," Affleck told E! News.

"Yes, next year," Damon added. "It'll be in 2016 when the movie will actually come out. [Director] Paul Greengrass is going to do another one and that's all I ever said. I just needed him to say yes."

This will be the third Bourne film that Damon and Greengrass have done together; The Bourne Identity was directed by Mr. & Mrs. Smith and Edge of Tomorrow filmmaker Doug Liman, who abdicated the franchise to Captain Phillips director Greengrass with The Bourne Supremacy.

For months now, rumor has had it that Universal wanted to bring Damon back to co-star with The Bourne Legacy's Jeremy Renner in hopes of revitalizing the franchise. The Renner-led installment made only $113 million at the domestic box office, compared to $227 million for The Bourne Ultimatum five years previous and without the 3-D price bump.