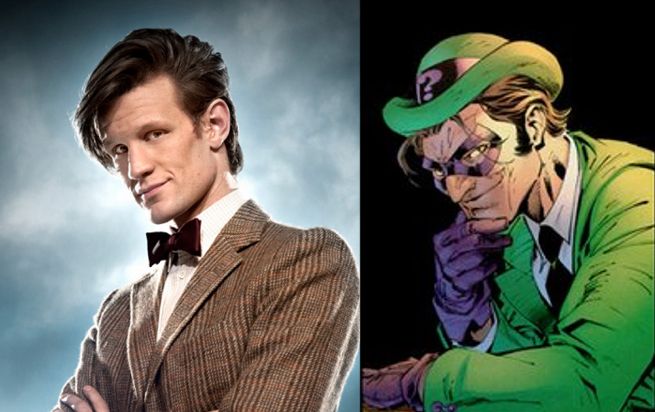 At the Wizard World Philadelphia Comic Con, Doctor Who star Matt Smith was asked about his dream movie role. After thinking about if for a second, Smith replied, "Oh, I know. Yeah, Batman."

When asked to give his Batman voice, Smith said, "Oh, no, listen because I don't know what it is. Bale went with the gruffy thing. Mine could be (in a high pitch voice), 'Hey, I'm Batman.'"

Perhaps, remembering that Ben Affleck has already been cast as the new Batman, Smith then suggested he could play The Joker, which led the moderator to suggest that maybe Smith could play The Riddler in Ben Affleck's rebooted Batman series.

Smith was very receptive to The Riddler idea, saying, "Hey, I'm going to write to Warner Bros. and say that you mentioned it. And you never know."

While we're not sure if Smith will actually follow through on his promise to write a letter to Warner Bros. about The Riddler role, it's probably the best fit for him of all the Batman-related roles mentioned. Would you like to see Matt Smith as The Riddler in a future Batman movie?