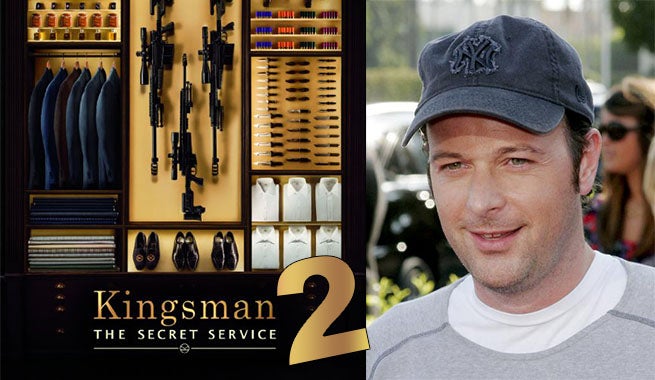 Matthew Vaughn doesn't typically stick around for sequels. However, you may be pleased to hear he might be sticking around with the Kingsman franchise should a sequel come to be.

“Well, the good news is that I’m writing it next door at the moment. If I think I can get the script good enough, then we are making it,” Vaughn told Yahoo. “We are doing our damndest to make that happen.” That doesn't solidify him coming back to direct, but his love for the characters might. “I’m in love with these characters and I want to work with them again so I’ll probably be breaking the rule of [me] tending not to make sequels," Vaughn added.

When we spoke to the Kingsman director prior to it's theatrical release, he sang a similar tune, telling us, "If the public buy the tickets, I will do a sequel. It’s not up to me. If it’s a big hit, I would love to do a sequel." Well, Mr. Vaughn, your Kingsman film has grossed over $400 million worldwide on an $81 million budget - I'd say it's a hit. It is currently sitting as the 29th highest grossing comic book movie of all time. Check out where it stacks up right here.

Kingsman: The Secret Service is based on Icon Comics' The Secret Service, written by Mark Millar. In the film, we followed Eggsy's origin and journey to becoming a Kingsman. According to Yahoo, Vaughn says that a sequel may introduce an American agent to the mix should a sequel make it's way to theaters.

Do you want to see a sequel come to life from Kingsman: The Secret Service?

Kingsman: The Secret Service is now available on blu-ray and DVD.