DC Entertainment has released a new clip from the upcoming "Robin Backwards" episode of Teen Titans Go! Robin (voiced by Scott Menville) introduces Bizarro Robin, aka Nibor, to the rest of the Teen Titans. Everyone finds Nibor to be a bit odd except for Starfire (voiced by Hynden Walch), who thinks he is dreamy. 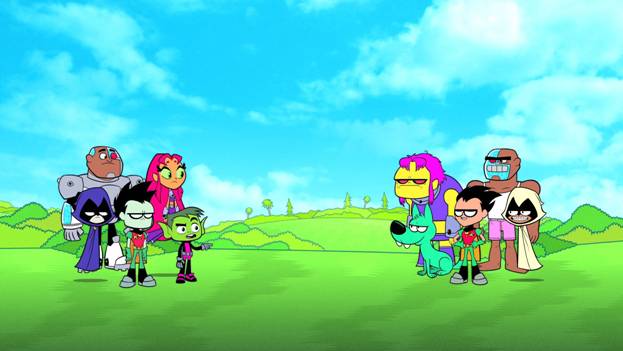 The Titans decide they should keep an eye on Nibor, the Bizzaro World's Robin, when he arrives in Jump City.

The Mandalorian's Katee Sackhoff Recalls Finding Out About Bo-Katan Casting