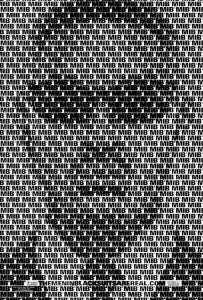 News recently broke that Men in Black 4 was in development at Sony. but it looks like franchise star Will Smith won't be back for the next installment.

"I think three is enough for me. Three of anything is enough for me," Smith told Collider in the video embedded below. "We'll look at it and we'll consider it, but it feels like it might be time to let someone else do that."

Smith starred in Men in Black 3 last summer--the film that saw Tommy Lee Jones all but shown the door in favor of a younger lead playing Jones's past self. After a disappointing domestic box office, it seemed as though the franchise might be finished for a while--but overseas ticket sales ultimately made it the top-grossing installment in the series, and eventually another film became an inevitability.

Without Smith, though, and with the rumors that Tommy Lee Jones is not particularly interested in doing more films, either, what's next for the franchise? A reboot and recasting from the ground up might be the most obvious choice--or at least a spinoff, focusing on other Agents and leaving Jones and Smith's fates tied to the third film. Of course, there's also the chance that they'll build the future of the franchise around Josh Brolin.

Of course, with Smith's After Earth bombing at the box office this week (it made $27 million, about $10 to $15 million less than was expected, and scored a dismal 12% positive rating on Rotten Tomatoes) and Hancock 2 still seemingly in limbo, the lure of a high-grossing global franchise might be hard for Smith to resist.

One Piece Dangles a Big Mom Mystery with Latest Chapter