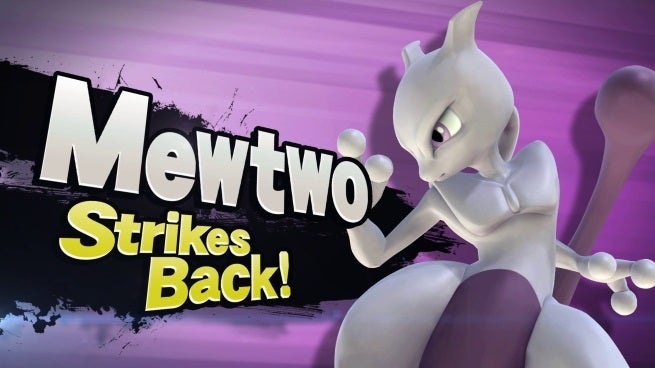 Announced during yesterday's Nintendo Direct presentation, Mewtwo is coming to Super Smash Bros. for Wii U and Nintendo 3DS as a DLC character in April.

Mewtwo upcoming inclusion in the latest iterations of the Super Smash Bros. series was previously announced in October, but he now has a firm release date of April 28. Players who have purchased and registered both versions of the game by March 31 will receive free download codes for Mewtwo on April 15.

Check out the preview video below:

Additionally, Lucas from MOTHER3, Japan-only sequel to Earthbound, is planned to join the Super Smash Bros. lineup in June as purchasable DLC. After a software update on April 15, Super Smash Bros. players can also purchase more costumes for their Mii fighters, including outfits inspired by The Legend of Zelda, Xenoblade Chronicles and Mega Man.