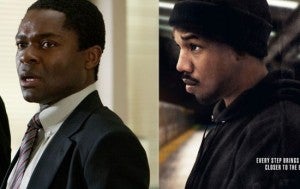 Another Star Wars casting rumor has surfaced. According to Latino Review, Michael B. Jordan & David Oyelowo have auditioned for an unknown role in Star Wars Episode VII.

Latino Review describes whatever the role they are up for as not being a possible "son of this character" or possible "daughter of this character," but fans are already speculating that the role could be son of Lando Calrissian. However, at Dragon Con, Billy Dee Williams' agent said the original cast had not signed deals yet. Williams also stated his preference for a Jedi daughter rather than a son.