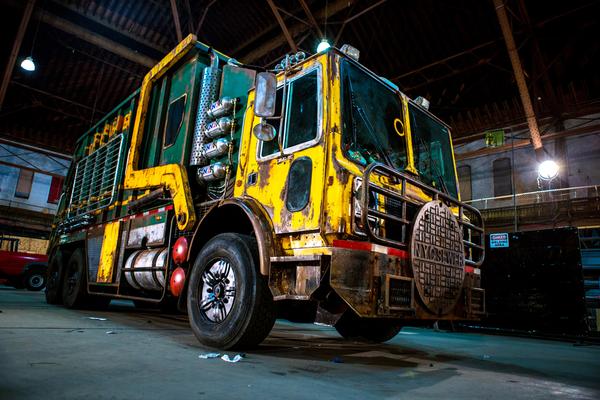 Michael Bay has shared a pair of vehicle photos to his Twitter feed, including the Ninja Turtles' battle wagon and a Polaris Slingshot.

The battle wagon, of course, showed up at the end of Teenage Mutant Ninja Turtles. It's probably not a stretch to imagine that the Slingshot will play a role in TMNT 2, since the next Transformers film is still not close to starting production.

You can check out Bay's cryptic original tweet below.

The "Tartaruga Brothers" is a wink and a nod do the fact that turtles (tartaruga in Italian) drive the truck incognito. The Slingshot is harder to peg down, but may belong to a villain, or to Casey Jones.

Teenage Mutant Ninja Turtles, now in early production, brings back the cast from last year's feature film reboot and teams them with newcomers Stephen Amell as Casey Jones and Tyler Perry as Baxter Stockman. The movie is expected in theaters on June 3, 2016.