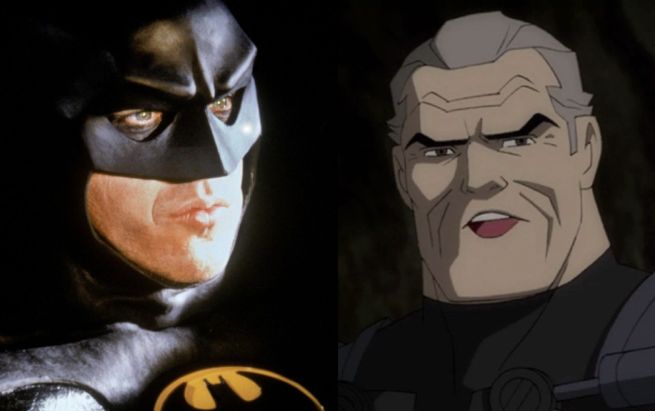 Since Michael Keaton last wore the cape and cowl, there have been three different actors to play Batman on the big screen. And of course, there’s a fourth actor set to make his debut as Batman when Batman V. Superman: Dawn of Justice gets released on March 25, 2016.

With Keaton now in his sixties, most would probably think his Batman days are behind him, but the actor said he would be willing to play the character again under one condition. In an interview with Entertainment Weekly, Keaton said, “If it was Tim Burton directing? In a heartbeat. Tim, in the movies, really invented the whole dark-superhero thing. He started everything, and some of the guys who have done these movies since then don’t say that, and they’re wrong.”

As far as why he didn’t sign on for a third Batman movie back in the day, Keaton explained, “I hadn’t been stupid about it. I always knew it was a big machine with a big studio and corporation behind it. But the simple answer was, it wasn’t any good. I was nice. I said to them, ‘This is a really interesting character with a dual personality.’ I tried to make them understand. But when somebody says to you, ‘Does it have to be so dark?... I thought, are we talking about the same character? So finally I just said no.”

Of course, fans might already be getting something pretty close to The Dark Knight Returns with Ben Affleck's Batman in Batman V. Superman: Dawn of Justice. While Snyder has insisted that he's not doing as adaptation of The Dark Knight Returns, it does appear that his film will draw some heavy inspiration from the series.

Birdman, starring Michael Keaton, is set to be released in movie theaters on October 17, 2014.