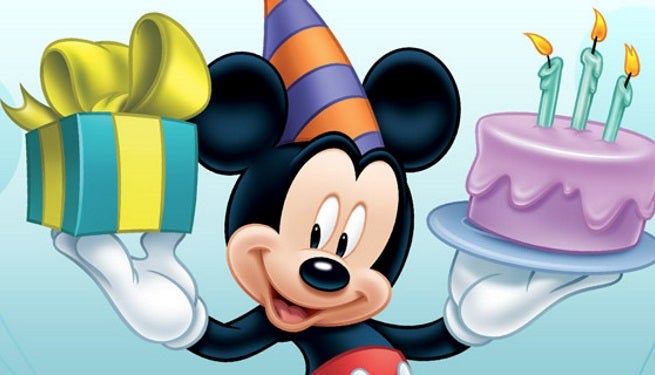 On November 18, 1928, the character of Mickey Mouse made his debut in the animated short Steamboat Willie. 86 years later, Mickey Mouse is now the cartoon mascot of the multinational media conglomerate known as The Walt Disney Company.

Created by Walt Disney, Mickey has left his black and white roots behind to star in color cartoons, movies, comics, and video games, has had his likeness replicated on countless licensed products, and brought to life by actors in Disney’s theme parks.

Mickey can currently be seen starring in the Mickey Mouse animated shorts that air on The Disney Channel.