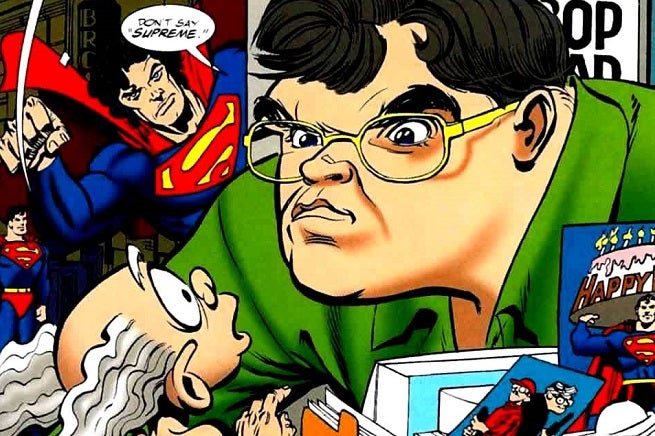 Twenty-eight years ago today, veteran editor Mike Carlin started his career at DC Comics. He was 28.

As in, that day. He turned 28, started work at DC Comics...and then carried on working there through today, when he turned 56, according to his current Facebook status:

Probably best known for his time as the editor of the Superman line of books in the '90s, "The Great Carlini" worked at Marvel before DC and brought some of that over-the-top, self-promoting, Stan Lee spirit to the Distinguished Competition. He eventually rose to the rank of Executive Editor, and currently works in the company's Burbank offices as DC Entertainment's Director of Animation.

Carlin won an Eisner Award for Best Editor in 1994, at a time when the whole Superman creative team was riding the critical and commercial success of the Death and Return of Superman stories.

Mike Carlin Celebrates Half His Life at DC Entertainment Today