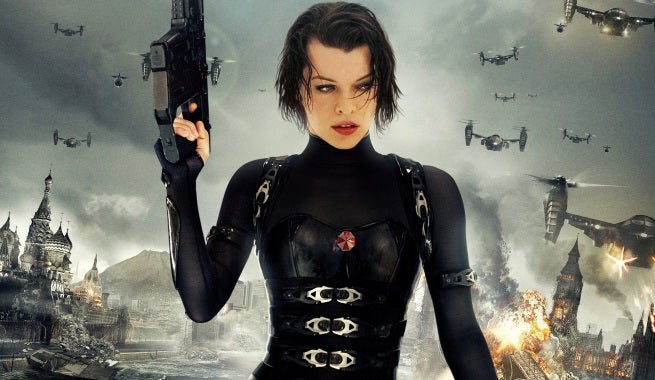 Resident Evil franchise star, Milla Jovovich, has revealed the first look at Alice all grown up in Resident Evil: The Final Chapter.

The actress took to Instagram to share the first look, which doesn't necessarily indicate a happily ever after in which Alive grows old. According to Jovovich, it's not from the end of the movie.

#nomakeup JK!😆 thank you to @christinaslashes, @andredinoboy, #federicacastelli and @kerry_skelton_ who worked for over 4 hours at 5 am this morning to create "Old Alice" for our scenes today! I will post more pics of the process later! Plus a sexy selfie(not for the weak of heart!😉) btw, for all those who think this look is for the end of the movie, it's not! #residentevilthefinalchapter #capetowndiary

Picking up immediately after the events in Resident Evil: Retribution, humanity is on its last legs after Alice is betrayed by Wesker in Washington D.C. As the only survivor of what was meant to be humanity's final stand against the undead hordes, Alice must return to where the nightmare began – Raccoon City, where the Umbrella Corporation is gathering its forces for a final strike against the only remaining survivors of the apocalypse. In a race against time Alice will join forces with old friends, and an unlikely ally, in an action packed battle with undead hordes and new mutant monsters. Between losing her superhuman abilities and Umbrella's impending attack, this will be Alice's most difficult adventure as she fights to save humanity, which is on the brink of oblivion.