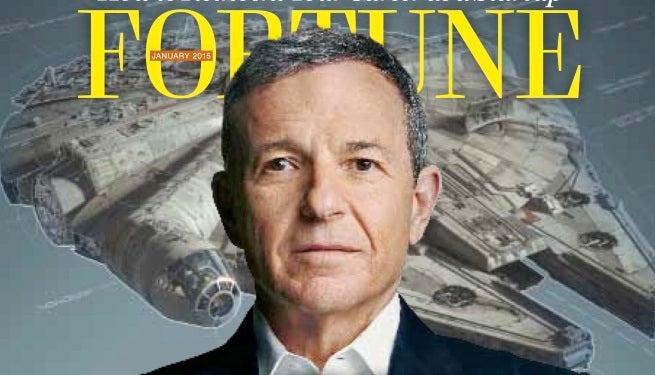 Disney CEO Bob Iger is featured on the cover of the latest issue of Fortune magazine, and behind him is the first close-up still image of the Millennium Falcon from Star Wars: The Force Awakens.

The Millennium Falcon, Han Solo’s smuggling ship from the original Star Wars trilogy, was featured in the teaser trailer released for Star Wars: The Force Awakens over Thanksgiving weekend. The Fortune cover is the first close-up we’ve gotten of the ship from the new film, though Iger’s image does block out a significant portion of it. 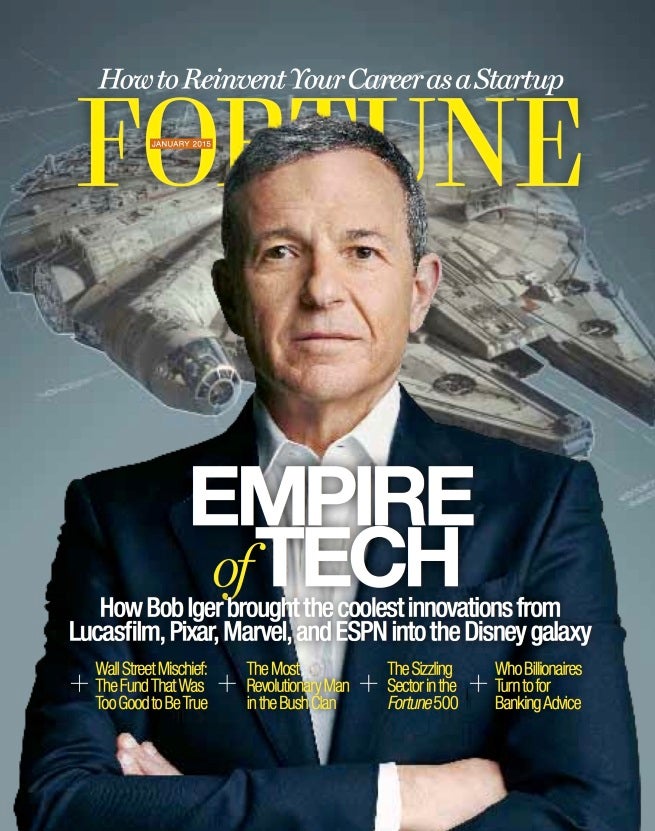 The Falcon, as seen on the cover, was specially rendered by Industrial Light & Magic. You can also see a composite image of Iger with the Falcon at Fortune’s website.